I’ve noticed before that leaves that have finished photosynthesis give off more light than they receive, because their photoreceptive structures, which trap photons of light, bounce them around about twenty times before they are eaten by the blue-green algae they hold captive at the centre of those little light pens. When that little animal, or what is genetically left of it, is dead, the structures still do their work. Instead of capturing light, they intensify it, by a factor of up to twenty times. Look at the images I managed to catch of this magic today! 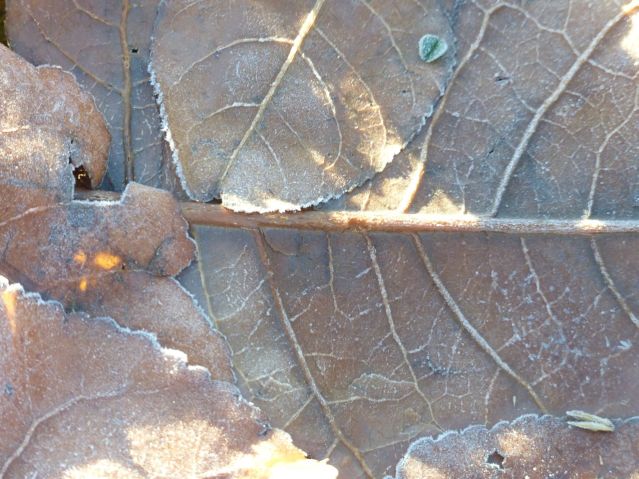 Yes, that’s a ray of the sun that is shining, and not the leaf, but look how it is shining!

Pretty amazing! We’re used to seeing these kinds of effects in plastic, through which a bright light is projected… or at least we were before the invention of digital video, and projection by excited diode instead. 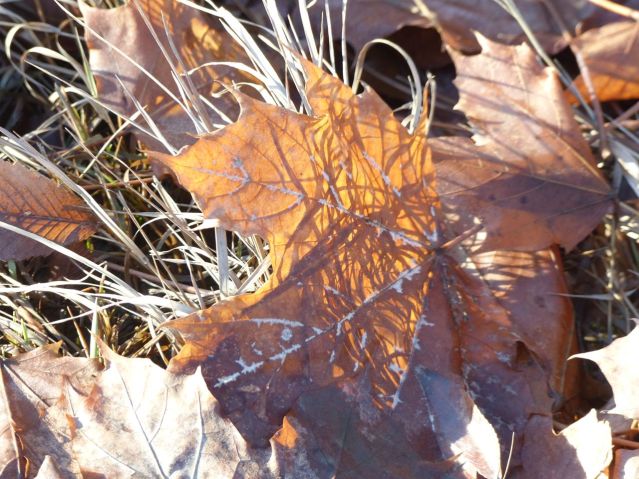 But that’s not what’s really happening here. Here, the excited “diodes” are the chloroplasts (the light pens of the leaves). 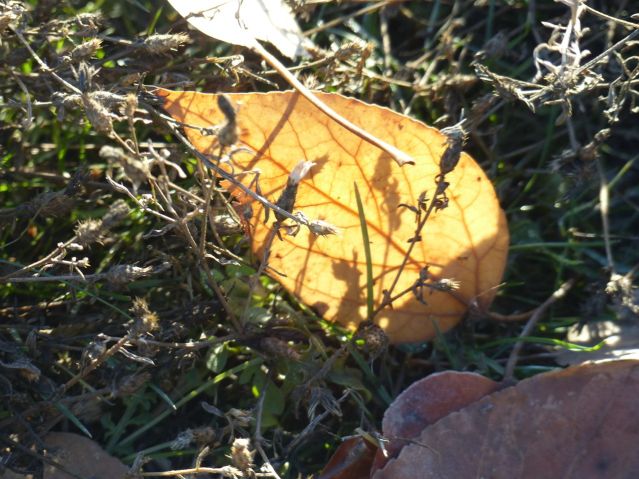 It’s not the same as exciting individual atoms into high energy states. 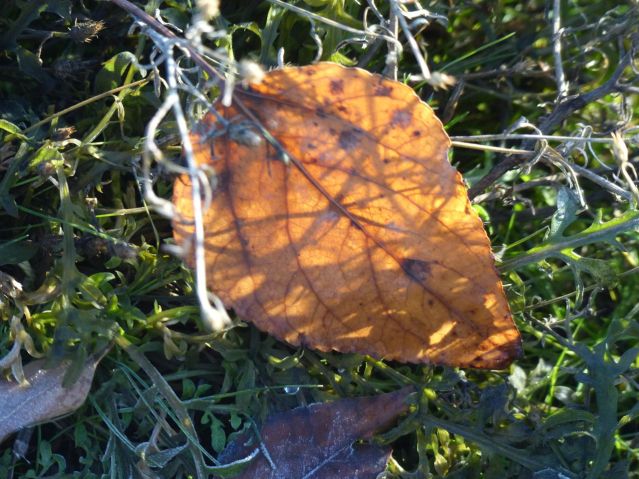 It is life. No rock could pull this off.

Here’s what a leaf looks like that has lost the capacity to capture light.

It reflects it instead.

In the following image, a little capacity remains. 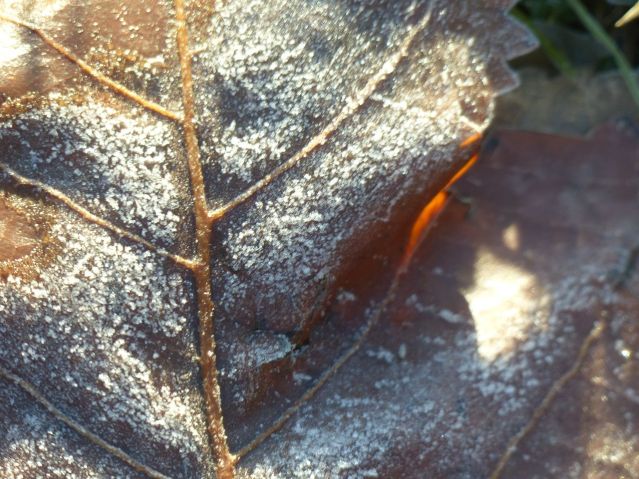 If it were summer, this image would be duller, and green, because the algae would be eating the photons that make this leaf so bright.

When leaves are surfaces, reflecting light, they are dull. Life is the process of having depths. Well, as far as a leaf is concerned. I can’t but think that there are practical applications for energy capture, lying within these effects.

Until we figure them out, the leaves have us beat … even when they are “dead.” Engineers, come on, you can do this!