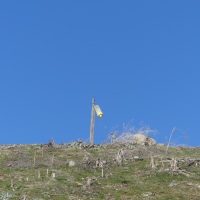 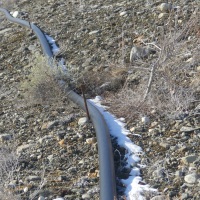 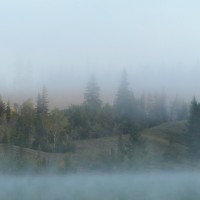 Here is a post-glacial stone concentrating the landscape into will, in the way a will deor nes, a “wild deer cape” was a royal hunting preserve, designed to transfer Earth’s energy into human social life. This one is a Celtic shrine, the Bockstein, Goat Rock, facing down Hildegaard von Bingen’s sacred Christian music from across the run we call the Rhine, which rivers, or snakes, through the energy, the aqua or á, materialized here by the folds of the land. 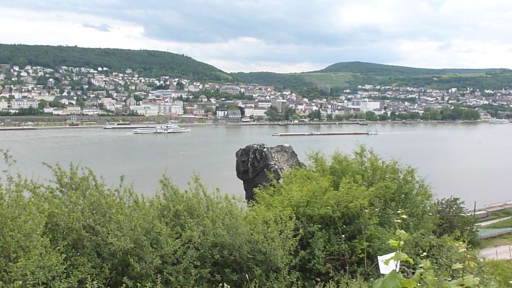 This is one of many stones found here when this was a post-glacial landscape. They abound in my valley, the Okanagan, as well. Here’s one:

You Can Read About This Monolith Here

Today in the Okanagan, “recreation” is used to create this primary interface for a culture that does not live on the earth but requires it to be a kind of Ur-space, an Earth, a space of rejuvenation for modes of living that extend so far that they become enervated and lead humans nowhere. Notice that recreation renders human participation with the landscape into a viewing of artworks made out of it. That’s the (very colonial) point. Here’s some of that, in a park designed not for use but to give the illusion of use, to comfort people at the end of their tether and in danger of exploding: 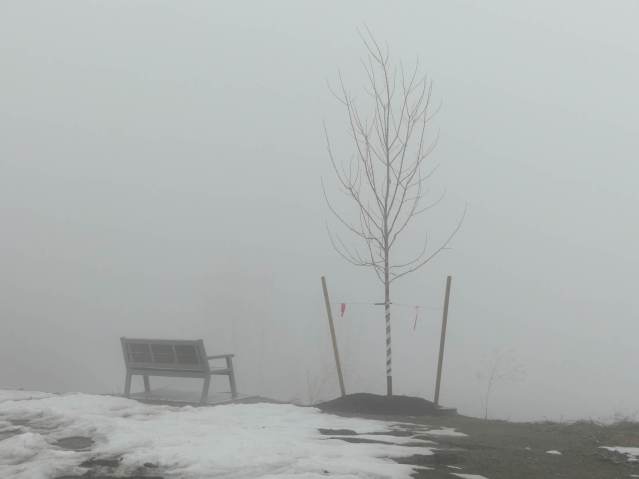 Another popular interface is the vineyard-used-as-a-property-selling-anchor. Here’s some of that (below). Note the flags. If you are the audience for this interface, you are going to see those as mighty attractive. Driving by will not be an option.

And, of course, there’s the old stand-by, agriculture — not quite an idealistic industry or one with much subtlety or potential: 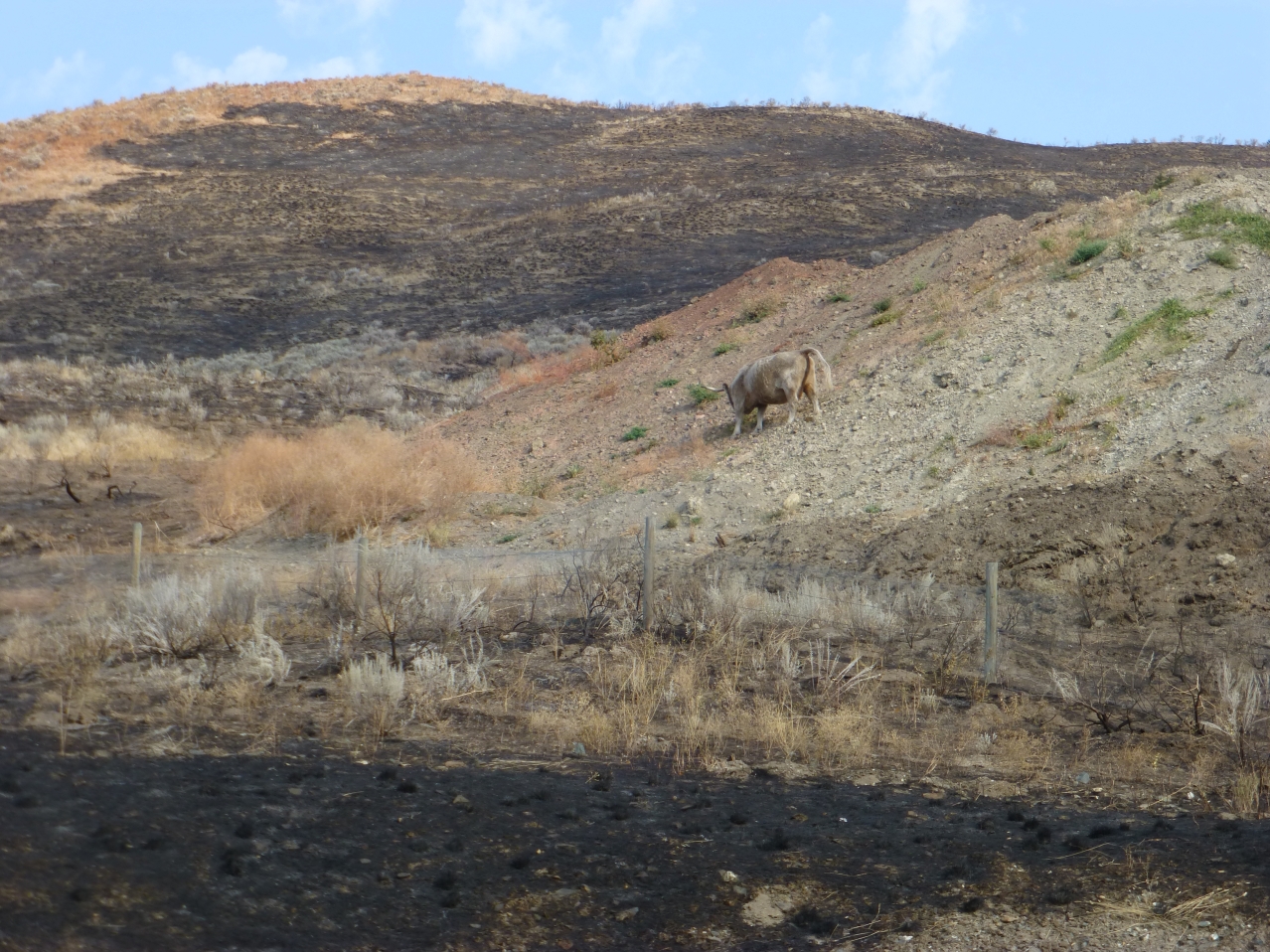 Cow Searching for Some Alfalfa in a Mountain of Weeds

There comes a point at which the interface technology becomes so artificial that it no longer contains any natural intelligence. At that point, it is “stupid”: a very specific word from our ancestors, which means “a stone,” a “stoop,” the entrance to the abject poverty of a stone house able to generate no wealth other than basic survival, at best — something incapable of receiving light and turning it into life. Another word for it would be “dumb”, or voiceless. The problem is, stones or other monuments that anchor landscapes into human life can be rendered dumb by inappropriate artifice. Blaming the artefact for the artifice is not going to carry very far.  Take the Bockstein, for instance. Here it is again below, from a different view.  Note the Christian cross hammered into it to keep its Celtic spirits within the rock, and to signify a social order that gains its power not from the Earth but from abstract principles instead: not from the stone but from the universal presence of God. The presence of God animating the stone is not desired. He has to be everywhere, or nothing.

I would call the enormous compression of human-Earth relationships within that “nuclear technology,” on the principle that if you squeeze overcharged matter hard enough it will explode in energy, that you can then use for military purposes. The irony is that the vineyards surrounding this stone are also Celtic, also spring from points of intensity in the landscape, and are perfectly integrated with Christian philosophy. The difference in approach demonstrates the difference in integration and continuity between organic growth and abstract, governmental or philosophical power. Note that it is not Christian faith that is in question here, but the varying ability of differing interfaces to support life. If you plant a grape vine, life evolves in villages and homes. If you hammer an iron cross into the rock, you end that ancestral line. Compare with the image below, taken just downslope from the Bockstein.

This cherry tree is replicating the power of the stone in a living form — no more or less tended by human hands. In other words, some technologies end things and some continue them. Both are representations of states of human consciousness. The ending, as all curses, is dangerous, and liable to turn back upon its maker. A run (such as the á below the tree above) cannot be stopped or dammed, only diverted. If the only place for it to flow is through abstraction, through that iron cross on the Bockstein, for example, it will flow there, but far more than the flow will be channelled or concentrated. The human that receives the abstraction, will flow in the form of the abstraction, and as the original action is a stopping of life-energy, that will be the ultimate result of the diversion, unless it is continually renewed from the Earth. These vineyards along the Rhine do do that, out of their Celtic roots. The orchards and cattle ranches and vineyards of the Okanagan do not, because they flow from the abstraction itself.

That is the nature of colonialism, the true root of artificial intelligence. It lies within our power to change these relationships, thereby changing the flow of energy from the Earth into people. Effectively, we have the power to change the location of wilderness.

Next, we will explore the concept of the plant, the energy by which the post-glacial erratic, and the human body it represents, is transformed into erupting life. Until then, love the run you’re with!

The Rhine at Sankt Goar.

Note the mermaid, the Lorelei, luring sailors to the shoals. Yes, she’s there, very tiny, above the red marker.