The Mystery of Buffalo Eddy

One of the significant and unique forms of rock art at Buffalo Eddy on the Snake River looks like this: 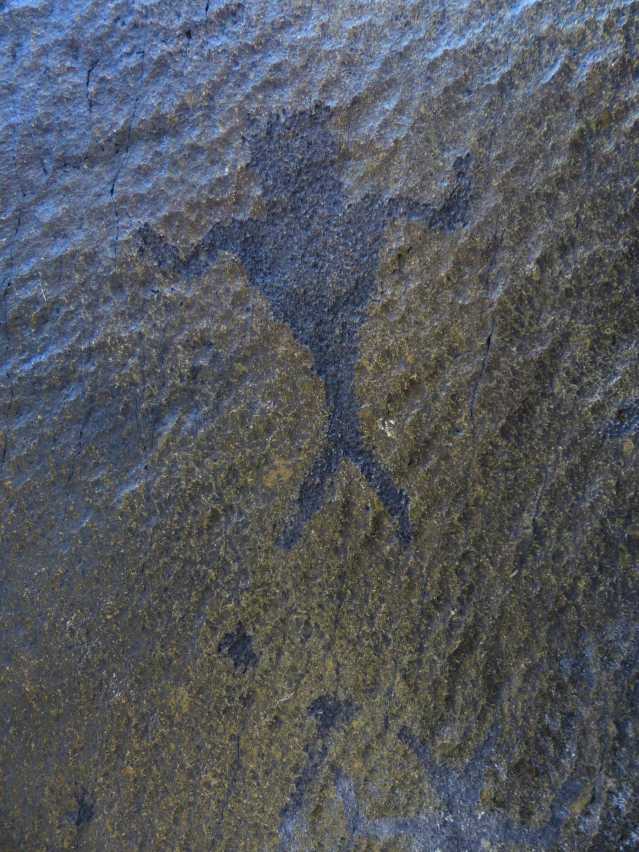 A human figure with a triangular body. It looks like a buffalo standing on two legs to me. Now, look at this rock form above the Nimíipuu village at the mouth of Lapwai Creek, also in Nimíipuu country.. 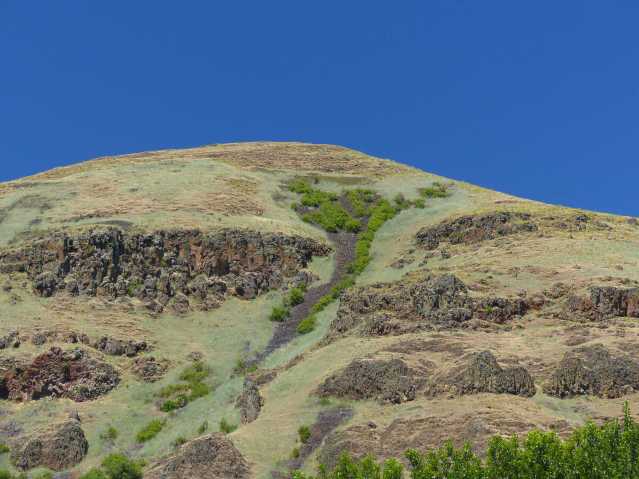 Note that this abstract mathematical form has two legs, like the “human” figure above, but no other body other than a feminine pubic triangle. Only a person completely out of touch with the earth would say this is not a spiritual image. Back at the mouth of Lapwai Creek … 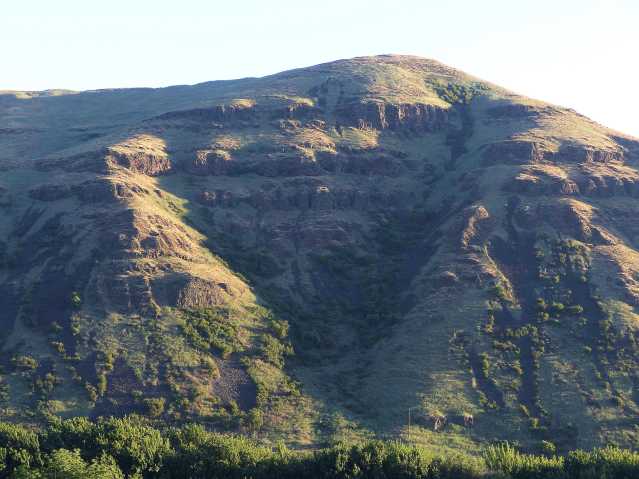 … we see it again. Contemporary documentation says that no one knows the “meaning” of the rock art at Buffalo Eddy, and that its significance is that it’s there. Yes, that’s significant, but as for the meaning. Look at the stone figures dancing in the scree above, and the ones below at Buffalo Eddy … 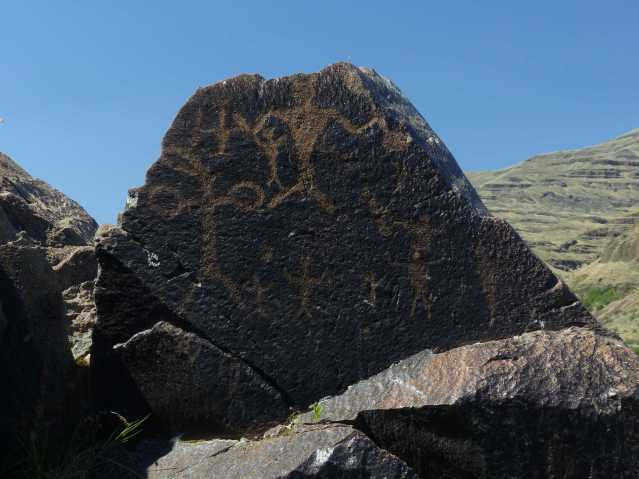 Meaning is the wrong thing. There is no “meaning” here, but there is enormous presence. Another element of the Buffalo Eddy pictographs that is claimed to be obscure is the dumbbell-shaped article held by the main upper figure above. Note, however, that the large figure to the left embodies the same shape, with its arms, however, and with the circular forms at the end of their span empty rather than filled. Can they not be the same? Is the upper figure not a bear? Can body parts not be abstracted? Or dissected? Can they not have their own power? Are fullness and emptiness not powers of their own? Of course they are. Is the series of figures below (click to enlarge if you need to) not as powerful as the mathematics of subatomic physics?

Of course it is. Nonetheless, there is no saying that these are images written for humans to read. Drawing narrative from them, in our age of the world, the age of narrative, is likely self-mirroring. We can say: these are images written on rock, as are we. Whether we are the humans in these images, or spirit, ah, that is a more profound question. The answer, of course, is yes.