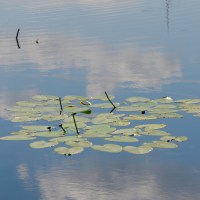 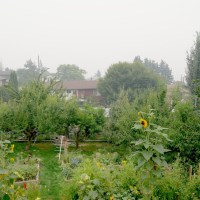 The Okanagan Valley is home to a nearly extirpated grassland ecosystem, that exists only in a few endangered pockets. Even so, it is a key grassland area for studying the effects of climate change and the resilience of grassland species, including humans. This is because it is there that the hot grasslands of the intermountain west meet rock, water, cold and forests, including subalpine and Interior maritime cedar forests, in a few short kilometres. This makes this valley one of the keys for species transformation and climate bridging in transforming ecosystems. One of the valley’s last grasslands, above my house here in Vernon, is under continued attack for housing and vineyard space, and is in great danger, largely because of the abject ignorance that even the 2600 (blush) posts on this blog have been unable to dispel. This, for instance, is commonly called nature:

It is mostly weeds, and not a grassland at all. During the pandemic, many people in Vernon have discovered this walking area, and consistently tell me (camera in hand) that it is the most beautiful nature area in Vernon. What we need is a grassland house, a place where the grassland can be celebrated, where people can come for art projects, school programs, volunteer programs, training programs and all things grass. We currently have such a place, the Allan Brooks Nature Centre. Click here to find out more. However, it is chronically underfunded, and despite all of its advertisement to the contrary, is not “perched above the grasslands.” Rather, it is perched above hayfields, a military site, and a highway, subdivision and college. It needs to be expanded, like this “Forest House” in Freiburg, Germany:

Students just out of high school, looking for a direction in life, come here from across Southern Germany and volunteer for a year, in public education, construction, childhood education, forest care, gardening and many other Green German values. This is serious business and an extension of the philosophy of the city, which has embraced Green values more than most any city anywhere.

They’re not fooling around. OK, maybe a little.

Still, German weirdness aside, it’s an improvement on this monoculture behind 10 foot tall prison fences:

Vineyard, Okanagan Falls, Protected From All Forms of Life

Imagine, if the Okanagan Valley had a city oriented to its grassland, with a gallery for celebrating it, an educational program for teaching about it, a place for young people to find their way, a place for school children to get out of their classrooms and meet their planet, and a place for understanding how water works in a rain shadow (hint: the opposite of what the textbooks claim). Imagine if young people left it and developed technology for enriching and extending the grass and its lessons in water conservation, resiliency and species adaptation and change, right when we need them. Imagine if that was the centre of our city. Why, then, we could actually say our cities belonged here. As it is…

… they don’t. This could be a tower anywhere, built with money from elsewhere, to standards from elsewhere, to attract people from elsewhere. The local goal is to compensate for overpopulation and increased property prices by increasing density instead, leaving the fundamental problem, the replacement of irreplaceable, invaluable grassland by housing, untouched and unchallenged. What we need instead is a grassland house, and the people separated from the grassland by the developments of the wealthy to be allowed to learn from them and to build a future. The Allan Brooks Nature Centre is only a dream at the moment, poorly-funded, poorly-situated, and on its own. In the nine years since I wrote this post,https://okanaganokanogan.com/2012/11/28/the-best-classroom-ever/, as a volunteer organization funded largely by garage sales, separated from children by the cost of bussing, it has not really been able to meet the great need. Over those years, more and more grassland has vanished or degraded. In a reasonable and mature society, such as in Freiburg, such a centre would be seen as a major piece of public infrastructure, like roads, sewers, bike lanes, schools, hospitals and policing. It’s as simple as that. No excuses.