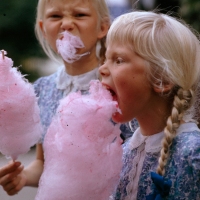 The Use of Poetry

Folktale is a funny kind of memory. It remembers what bodies remember, but not what the mind makes of that. That is a different tradition. These things have consequences, though. If writing in Canadian society were a bodily experience, there would be a department of tracking at every university, and no departments of Creative Writing or of Critical Studies. Here, let me show you what I mean.

Ancient Badger Written in the Rock, near Turtle Mountain

Don’t ask me what the process is, by which forms like this appear in the mind and in the land. That’s the business of a department of tracking. If I were to write about it, though, I’d probably just tell you a story, and not write a poem or a novel or any other product of the Creative Writing engine. It would be just as much a form of critical thinking, but it would be unrecognizable. Here’s another one:

This is the last light of the day. It was taken ten minutes before the image above.

I have passed this cliff hundreds of time, yet not until the light was right, late in the year, did the face appear. That’s part of the folk university: a study of story, as a process unfolding as you walk it in time. The stones are where they are, but the stories attached to them change, depending upon the direction from which you come. You couldn’t teach that in a department of Creative Writing, or of English or Philosophy, because it’s just a story, and stories like that are not the business of such scientific approaches. European culture used to have poetry, as a means of guiding people into interacting with material like this, but it threw that away with the Enlightenment. Here’s another:

In Iceland or Norway, the Faces in these Rocks Would be Called Trolls

One of the great European civilizations came out of observations like that. Out of it, northern people built an entire world view.

I have been spending pleasurable days inserting photographs from Iceland into a text about the writer Gunnar Gunnarsson and watching it come alive under my hands. One reason Gunnar is important is that he figured out how to write folk literature at a sophisticated literary level — that could be read differently by every reader. For Gunnar, reading was a form of walking. 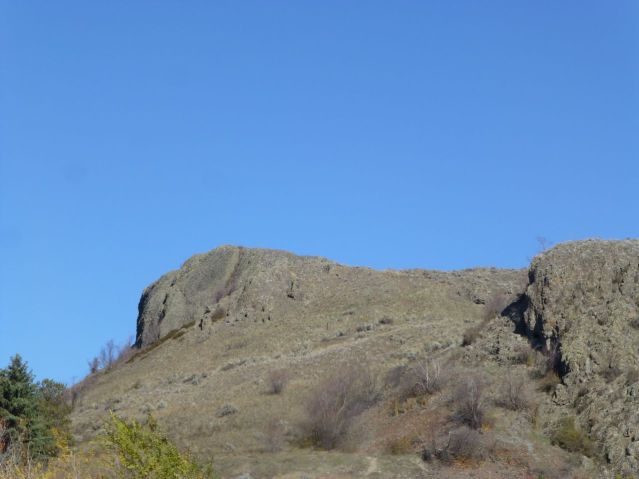 At the right angle, the turtle of Turtle Mountain takes on a different shape. In folk story, that is a moment of transformation. It’s a turn of plot. It’s trickster work. In the Creative Writing tradition, it’s fantasy. It gets retold as the story of a character, with his or her motivations and actions, crises, antagonists and resolutions. It gets retold, in other words, as a human story, but it’s not. It’s a story of meeting the earth at the pace of the human body and thinking at that pace as well. One reason all this, which used to be common knowledge, has been thrown away has been the experiences of the First and Second World Wars, in which German peoples approached ideas like this and made a big, bloody mess. The thing is, there’s still this: 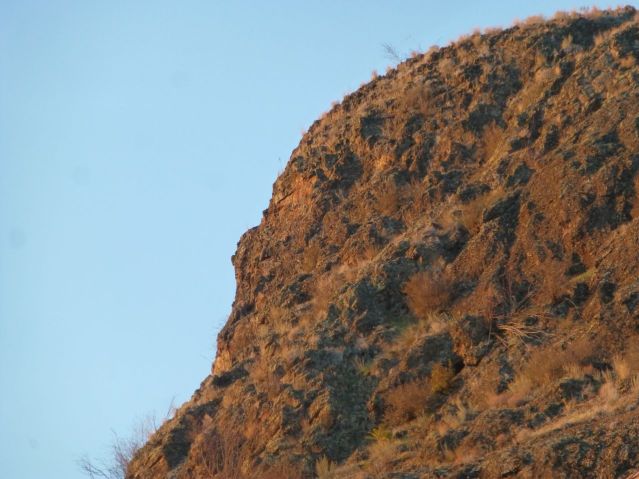 After the Turtle and Marmot Go, A Man’s Face Appears on Turtle Mountain

Are these all effects in my head? Of course. Is the earth also part of my head? I think so. I think if you live on the earth, part of the art of doing so is to extend yourself into it, and think and act through it. When you do that, it’s not a fancy to speak of faces in the rock, unless you wish to speak of scientific realities. Why, though, would you want to do that, if you already lived here:

This is the use of poetry, but it cannot exist where the earth is seen as Nature — only where it is known as art, which is to say the movements the body makes in the light and in the dark.

You cannot approach them with a book in hand. I’m trying to figure out how the body-replacement technology of a book can be turned to the uses of story. I think poetry is the key, but not the kind that is taught in Creative Writing classes. That, Robert Graves would have said, is literature, while poetry is a sacred act. But is not the earth sacred? I mean, look at it:

Choke Cherry Trees in the Fall

They look straight out of Dante, except here it’s not Hell. That was, after all, only in Dante’s mind — poetically speaking, you understand.

It’s hard to imagine that poetry, the act with the least status in contemporary society, holds a key to the future, but only if its practitioners start walking.