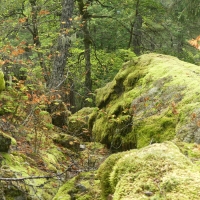 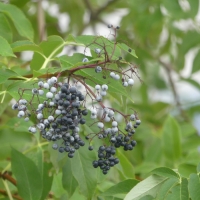 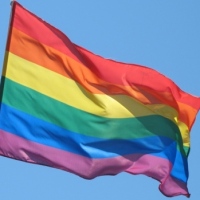 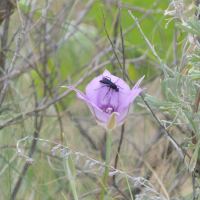 A Year of Walking and Learning, Part 2

Welcome to the second summary of the first year of my explorations in revisioning the goals of literature and the relationship of place and environment in the dry country east of the Coast Mountains in a time of monumental environmental change. The first part is here, and covers water, ethics, technology, feral farming, and Whiteness. Today, I’d like to extend those points into a discussion of culture. Tomorrow I’ll approach industry and education. First, an image from Richland, Washington…

There are three captions for this image: Honour where you are, or Culture is a Rather Improvised Affair at Best, and We’re All in This Together.

Culture represents the way power flows through human interactions with each other and with the planet. It can make bridges or erect fences, or …

Lone Pine Replacement Fishery and The Dalles Dam, Celillo Falls, Oregon. These are both artistic installations — with non-aesthetic goals. We can build on that, with a middle way. I certainly mean to.

The end of the story of division is the beginning of the future of a productive, supportive, sustainable and resilient society. We will know when we are there when we have sophisticated methods of capturing, storing, moving, and releasing energy that are built out of natural processes and which incorporate all people, rather than just a technological and managerial elite. It’s been done before … 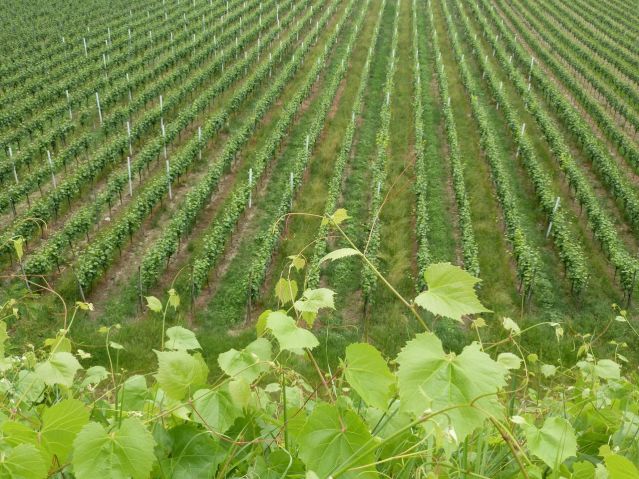 It all started with someone looking up at the hills and realizing that they could build a balanced relationship with the wild earth. In other words, urban life, and ethics, begin here.

The cultural stories of the 19th and 20th centuries were ones of industrialization and urbanization. Culture, however, has deeper roots. Even contemporary academic cultures, for example, have deeper roots in farming culture than they do in the cities in which they are now embedded. Now that most people live in cities, our universities need to move onto the land. Why? Because there’s only one planet, and it’s time to fix our relationship with her.

Ready for a new urban and farming culture. At the moment, these flavourful but tart berries are used for decorative purposes, although they make exquisite jellies (and we don’t yet know what else.) Meanwhile, our chefs muck around with balsamic vinegar from Modena.

So many exciting things are possible with these and other wild crops that an entirely new civilization could be founded, as the Europeans did with their wild plants so long ago. They did with another form of culture, as it developed out of its agricultural roots, too: art. Here in Jena, Germany, for example… 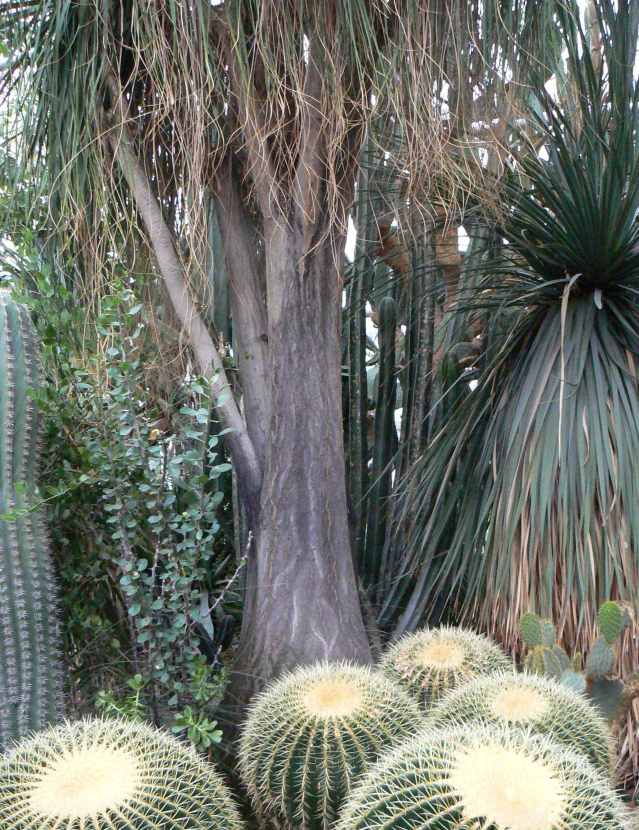 …the plant collections which enlarged the monastery garden of Jena led directly to the form of the modern university and the founding of the discipline of Botany. First the plant, then the civilization. It doesn’t work in the other direction.

At least under the current model.

Cities regularize, replicate and refine culture. It is one my goals for the coming year to do so in a way that does not remove the earth from rich participation in its cultural products. I hope to build upon the history of agriculture in the coming year, to teach writing as an agricultural rather than an urban act. I believe that such solutions are integral to human survival in the richest sense. Here, for example, is what happens to the land when academic ideas of agriculture are imposed upon human and natural cultures…

This model of agriculture, based on replacing employment with capitalization, has no future, because it provides no entrance point for the young. It’s just too expensive, devaluing the wealth of the young, their labour, and committing rural profits not to the land and the people who live on it but to distant banking and industrial institutions.

If changes aren’t made to this model, within twenty years it will be obsolete. In other words, if we don’t start new methods of fruit production here now, there soon won’t be any fruit here anymore. Until then, this orchard dams traditional knowledge and working relationships with the earth as efficiently as The Dalles Dam above.

People who wish to live on the earth shouldn’t be reduced to following game trails around fenced vineyards producing ice wine out of valuable water for export to elite Chinese industrialists in Shanghai and Beijing.

There’s much work to be done in cultural areas, to bring about a renewed agri-cultural society. The arts, a traditional setting for cultural issues, are no exception. During the last year, I reported on street art in Vernon, my local urban centre, for example, and suggested that art has moved out of the galleries and onto the street.

The curator of the Vernon Art Gallery pointed out that such material is art when it is placed within a gallery — and that’s the urban perspective. It’s valuable, but not universal. From an agri-cultural perspective, the world is gallery and the frame. The dynamic tension between the two conceptions is universal. Tension creates resilience.

After social power and art, the third form of culture is identity, such as Syilx culture, the culture of the Plateau peoples indigenous here, or French-Canadian culture, or “American” culture, and so on. We are living, however, in the time on the earth in which humans need to learn a bit of humility and to speak more of the land than of themselves. In that culture, humans and their preoccupations are not dominant, and this … 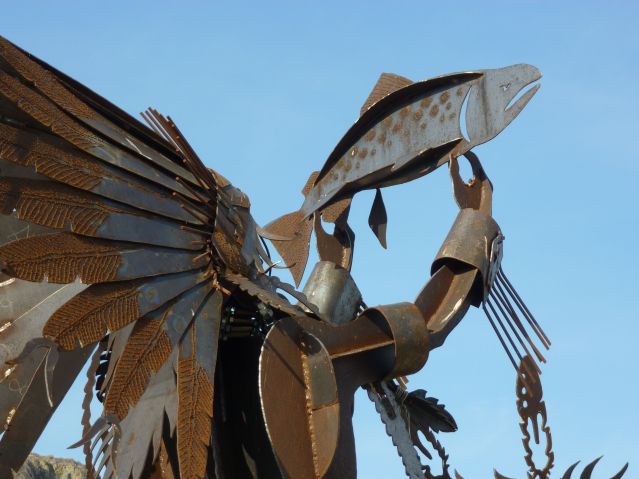 Syilx Statue of Man in Battle Regalia with Salmon

… would no longer need to be part of an Indigenous strategy for re-claiming land because we would all be working together with it on the same path, just as this, across the road, unbelievably enough … 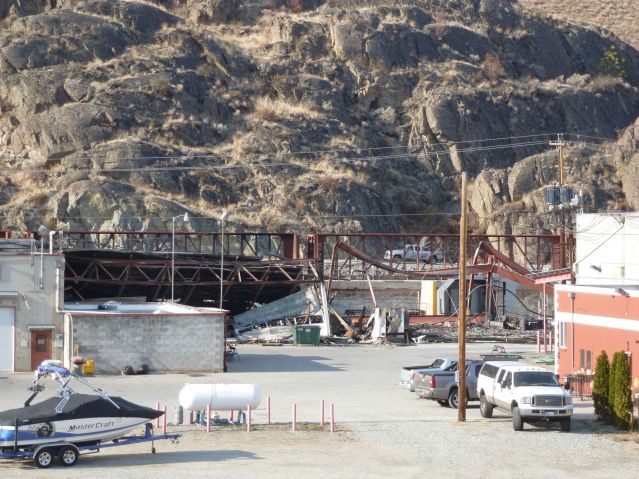 Now a Boat and RV storage and Junk Metal Dealership

…would be once again a part of a living infrastructure, offering respect to settler and Indigenous cultures alike and sheltering new industries for land use built on truly sustainable models, because, as you can see, capitalized industrial agriculture sure didn’t make it for the long haul, did it. Honouring our past is the first step towards learning from it. We are on one road. If we’re not walking it together, we’re hurting each other by butting heads.