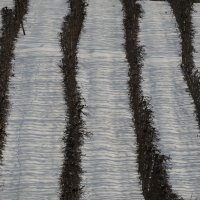 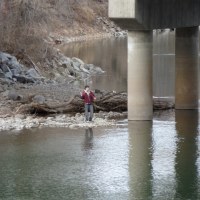 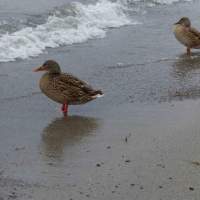 16. How to Enslave the Land if You are American: a Guide for Colonists

After my trip to the plateau, let’s start in again on the history of how we got to the cultural divides we are in today. If you remember, the theme was slavery and how it has been used as a weapon, not just to enslave the land and her people but to use them as tools to gain privilege from others. You can find the French method here: https://okanaganokanogan.com/2022/08/31/14-how-to-enslave-the-land-if-you-are-french-a-guide-for-colonists/ and the Spanish one here: https://okanaganokanogan.com/2022/09/01/15-how-to-enslave-the-land-if-youre-spanish-a-guide-for-colonists/ Today, the American method.

When U.S. and British governments were unwilling to go to war over their nebulous claims to what the U.S. called Old Oregon and the British called The Columbia District after the War of 1812, when the U.S. invasion of Upper Canada fizzled, in 1818 they decided to share it and make a decision later. That came in 1846.

The map’s legend is a little deceiving, as in 1838 when the map was printed the issue had certainly not been settled. It was not United States Territory. Nor was it British. That it was really Indigenous territory concerned few, sadly enough.

Until that time, there was to be no permanent settlement on either side. The Hudson’s Bay Company, which had a British monopoly, was happy to keep trading for beaver pelts. To block the Americans, who were fur traders at that time, it even sent Peter Skene Ogden, a former enforcer for the Northwest Company…

Note the métis scarf. Ogden was not métis, but his wife Julia (who was on the trip) was.

… to kill all the beavers from the Snake River to Salt Lake City. Here’s his 1825 route.

The Americans chose to settle. It was hard crossing the desert that the extirpation of the beavers created, but they managed it… just.

The helpful native people here are nice to see, especially since this area saw many scenes of extortion and violence as Indigenous people resisted. By this point in the trail, many wagon trails were in disarray from the brutality of the 2,000 mile crossing from the United States. The image is pretty nice, though. Mount Hood is even higher than normal.

Eventually, the Americans outnumbered the British. Essentially, Oregon became American through illegal settlement. Without the beavers, the region is still a desert, though. More on that later.

• When challenged to obey a law they did not set themselves, consider it an act of enslavement and declare independence from it, as a natural state of free men. When a chief of the Washaptum, for example, demanded that the teenage cattle drover Jack Splawn pay a $.50 a head environmental levy on the cattle he was driving across the mouth of the Wenatchee River during the 1859 salmon migration, as compensation for the damage the cattle would do to the Icicle Fishery upriver, on which 4,000 people depended, Splawn pummelled him with his fists. Splawn had grown up in Goldendale, just southeast of the site where Indian Agent Andrew J. Bolon…

…was killed while trying to keep peace between unruly U.S. Army Volunteers seeking revenge for the killing of two men illegally entering Yakama Territory on their way to the (also illegal) gold fields on the Kooskoosie (Clearwater) River, who had, in turn, been killed for violating the (unsigned) treaty that ordered them to stay away and for raping and then killing a chief’s daughter.

• Should the military response prove more than they can handle, the American government will eventually take up the cause. The killing of Bolon lead to the Yakima War of 1855, which led to the American settlement of the Yakima Valley (and more).

There are hundreds of examples. It worked every time, until 1892, that is, but we will come to that one later.

• Should farming be uneconomical, it can be subsidized by manipulating military intervention with a federal subsidy at inflated rates.

Everything here was paid for by the U.S. government, at inflated prices. It kept the cattle ranches of Oregon solvent, whose access to markets (ie San Francisco) was blocked by San Francisco’s refusal to allow shipping out of Oregon. At this point, the Indian Agent was General Joel Palmer, who was removed for trying to engineer some kind of peace. In 1837, he had been quartermaster for the Cayuse War, where his success at engineering this system earned him the nickname of general. In 1858, he drove cattle north to t’kemlups, in Secwepemc Territory, finally releasing the murderous pressure of the squeeze of excess American settlement in Oregon… and dumping it on the British.

The British got the northern scraps, where you could not grow wheat. But, look, they got the same sun!

Just a bit more wavy, that’s all. And with a crown instead of an eagle. And so the land is enslaved. Or so one might think. But, look:

The eagles still share their power up north. Beavers, too.