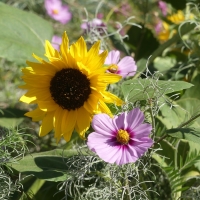 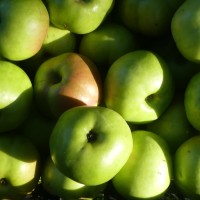 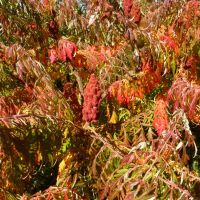 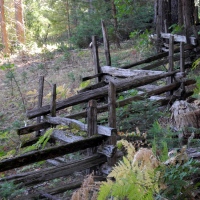 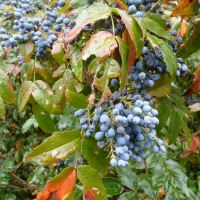 A year ago, I showed these berries. 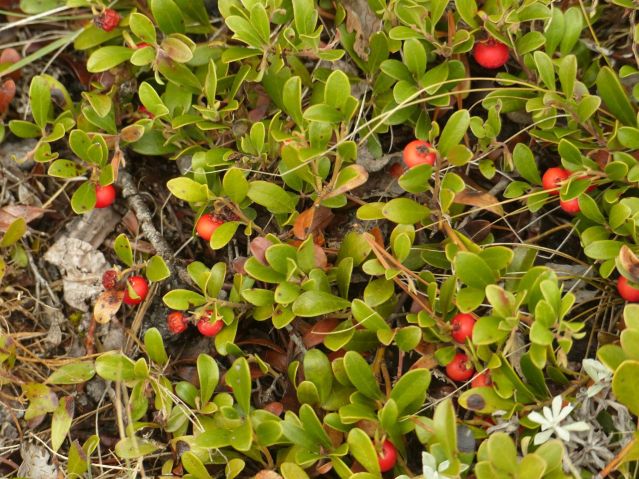 This year, I tasted them. They taste like this: 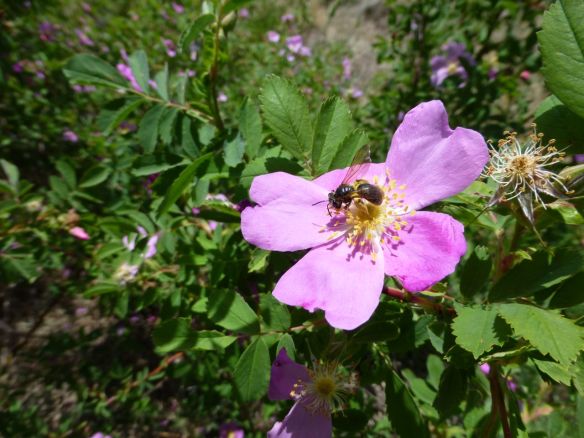 You can be the wasp, if you like, but it’s really standing in for a bear. This bear: 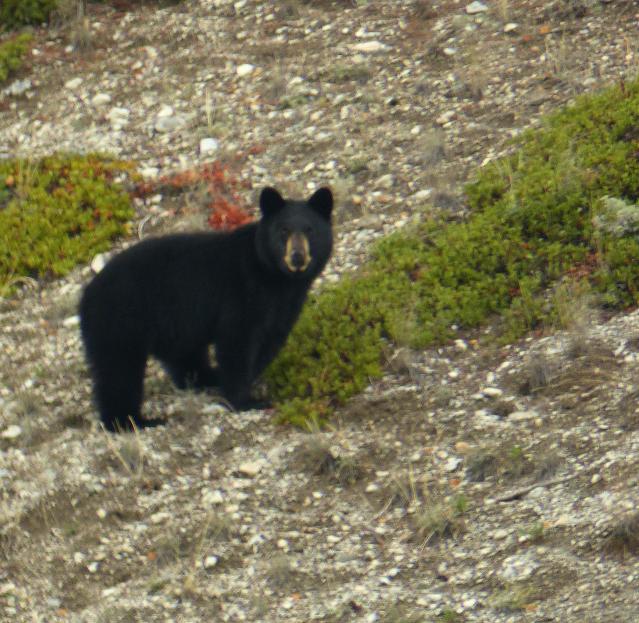 This was her a year ago, as young thing, getting ready for winter, eating that delicate, dry taste of perfumed rose. Well, she made it through the winter, and her mother had two new cubs, and kicked her out.

But did she go? No. She stayed, in tiny Big Bar Provincial Park, roaming the eskers, turning over the same logs her mother taught her to turn over last year. 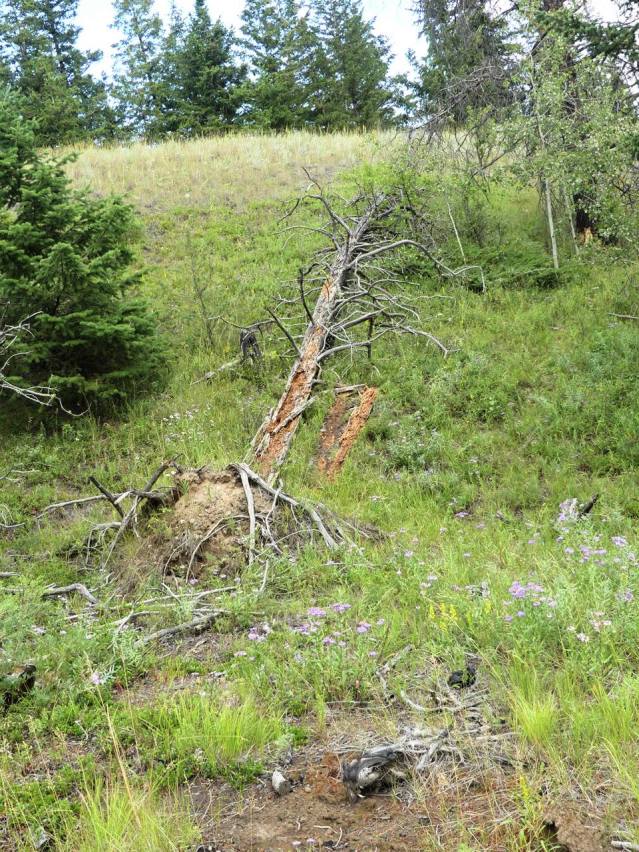 Thing is, mother stayed as well, with two new cubs. That makes four bears in tiny Big Bar Lake Provincial Park. Last year, two cubs and their mother were relocated. Three other bears were shot. That’s a lot of bears. So, yesterday I asked, what is the earth doing? She is sending us bears. We emptied the entire plateau, an area the size of Belgium, the Netherlands, Luxembourg and the Czech Republik, and probably Slovenia, Slovakia and Wales as well, of any place where bears could feed or hang out, and all that’s left is tiny Big Bar Lake Provincial Park, and the cabins along the lake, with their rhubarbs, rented out on Air Bnb. So what is the earth doing? She is responding to fear. The bears don’t want to go. They want to stay, with us. There’s nothing out there. You did this, the earth is saying? Here, look after the kids. Thirty thousand years ago, we let wolves into the firelight, because they asked, and because we wanted them. Well, the bears are asking, and I want them. All summer, I lived with them at Big Bar Lake. All four of them. They kept to their place. I heard them turning over logs when I went out to watch the hawks. “Hey, Bear!” I called. “I’m coming, give me five minutes, and I’ll be through,” and they did, you know. When I lived in 150 Mile House, a bit to the north, among the savannahs, and a bear came through, we didn’t call the conservation officer to shoot it, we just called each other. “The bear’s here,” we said. “Thanks,” we said. And we kept an eye on the kids. That’s the thing. Keep an eye on the kids. That doesn’t mean you need to shoot a bear, for the love of all things decent. They are evolving. We should evolve at the same rate. If we don’t, we should leave, now. Twenty years ago, I stood on a road in the East Cariboo, early in the morning. Two hundred metres ahead of me, a sow had lined up her two cubs on the logging road, to get a good a look at me, at what a bastard looks like. I turned. I was like a model on a runway in Milan. “Have a good look,” I said. “This is what you have to deal with!” I turn again. “See?” Then I stood still. Let them focus. After ten minutes, she led them away. I gave her ten minutes to find her path, then I went back to camp. Was that that hard? No, that was that easy. This summer, as camp host at Big Bar Lake, I had the chance to talk to some Secwepemc girls, who were five and six years old, out there for a birthday party and a picnic, all the way from Canoe Creek or Dog Lake, on the back road. I showed them how to use to my walking stick, and what it was for. They tried it out. They told me about the bear they’d seen on the way in, and I knew at once  it was this one:

I thanked them, and went back to camp, and told a couple campers about the bear, about how she knew about us, the campers, but there was ice cream, I said, for the kids, so she might be curious tonight, and all that food of theirs, that should come inside. She was a good bear, I told them. She knew stuff. But tonight’s different. There’s ice cream, I said. We understand, they said. That wasn’t hard. So many families on this shoulder of the world can trace their ancestry to bears. Canadian society calls this myth, but that’s just ignorance. It’s based on experience. The bears need us. We need them. They make us better, physical, and real. They make the woods dangerous, and not ours. We have to walk with awareness and respect, which we become, by practicing it. Sometimes we have to wait. Sometimes we have to go the other way. I wait gladly, and go the other way gladly,  don’t you? It’s not hard. If you’re worried about your kids, stay with them. Don’t send them two kilometres away to the beach at dusk with the family dog, to draw the bears to them, while you sit around the picnic table with a beer. Without kids and bears, our first first peoples, there’s nothing, only beer, and it won’t drown your sorrow when they’re gone.