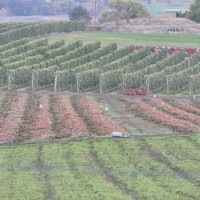 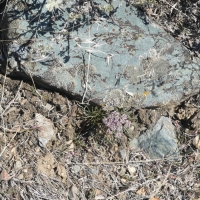 Science is a cultural product, no less so than this:

Not only has the lion lain down with the lamb but it looks like one, too!

That it is taken to be an expression of a thing called “reality” is as much a cultural product as this: 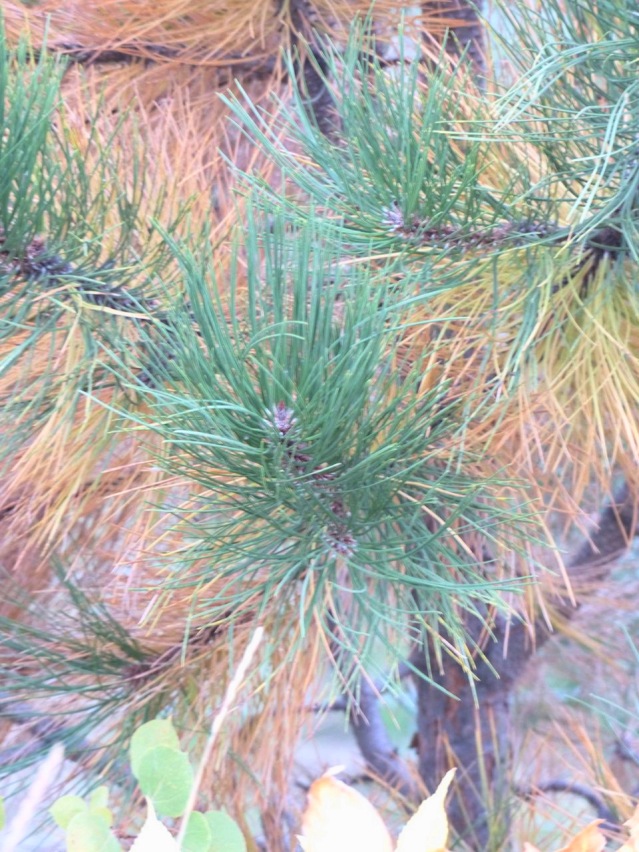 In this case, it is called beauty, or at least “nature”, if it is expressed in a category called “Art” and “drought” (and “nature” too) if expressed in the cultural category called “science”. So it is, and so it will remain until the gap between these categories and experience becomes so great that people can’t bear the strain any longer. If you have been following me in this blog, I think you know that I am suggesting that this time is now.

Workers from the Caribbean are doing this work in Canada because Canadians…well, they don’t want to. When I was young, I looked at work like this as the pinnacle of human activities. I talked to the workers here. They look at it as better than sitting at home on the couch.

Over the last few days, I have been talking about phenomenological science, or the science of experience, the science in which the things of the earth are expressed in the language of the earth, and I promised to show you what has been done so far to make practical things out of this science. Here’s one. See these choke cherries, before their blossoms have opened in the spring? 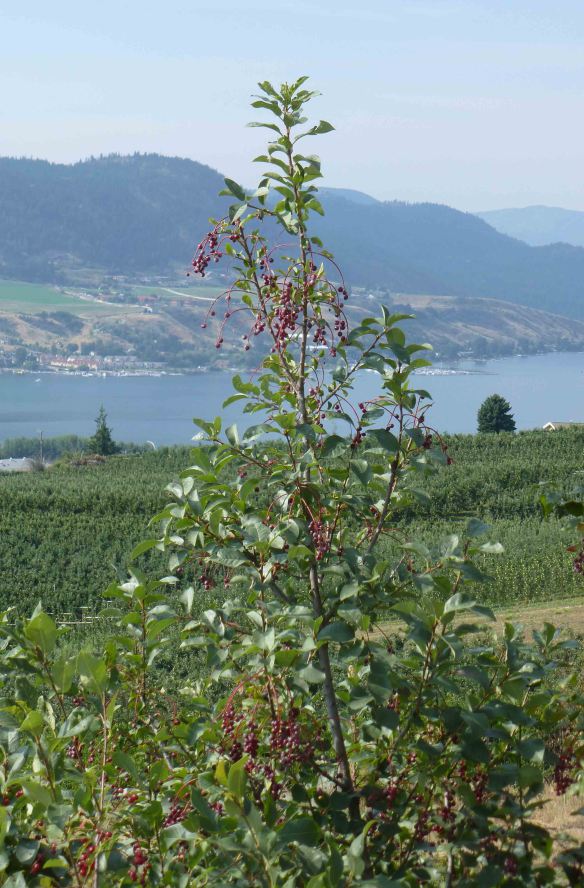 See how the green has transform itself into concentrations of red. Those are fruitfulness. They are attractive, in the way magnets are. Now, take a look two months later yet (this evening, just before dark, in the rain)… 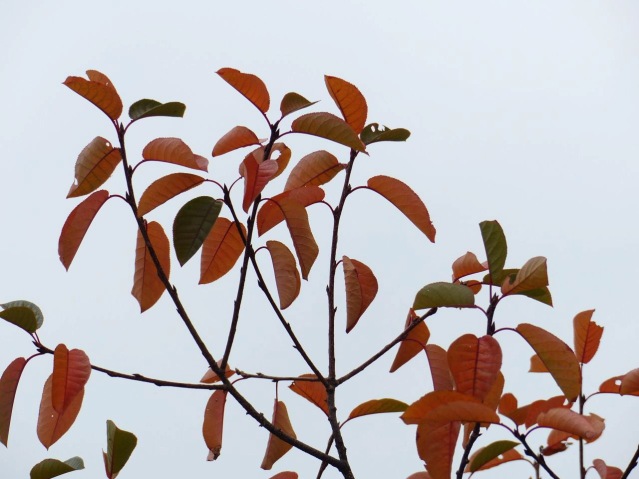 Now the green leaves are red, and the power of attraction attributed to the fruit has concentrated in the leaves. This is the science of the emotional effects of colour on humans. It has been well studied. Goethe’s studies of these effects led as well to the entire science of colour, and all of its artistic, health and industrial applications. This vast industry was created not because of Newtonian science and its ability to split light but because of a more poetic form of science, which used the observations of poetry to suggest completely alternate uses for colour, which traditional science, or at least the technologies rising from its methods, exploited. That is part of our inheritance. Now, take a look at this:

The patterns of redness tell a story. Reading it accurately can lead to new applications. Traditional science would do a good job of this. It would observe the variation in the plant’s ripeness, and the contrast between the variably reddening fruits and the variably yellowing ferns, and would set up a series of tests to determine what is causing the variability. Phenomenological science would not rush into that procedure, but would spend more time observing the patterning, and would relate it to the other patterns of the plant. Different observers will make differing observations. Mine might be to see these effects as part of a story of water, which included the other plants surrounding this one, and the set up of a series of observations to explore the relationships inherent in that. Other observers would, no doubt, come up with other points, but they would all extend the boundaries of scientific exploration and understanding, and give it new material to work with, rather than merely the working out of already known patterns. Throughout history, these two tensions, the drive for codification and the drive for extension, have been in continually regenerating dynamic relationships. Tomorrow, I will show you some of those.