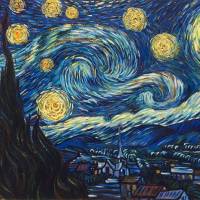 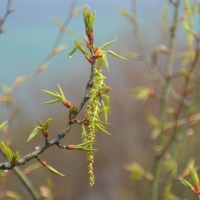 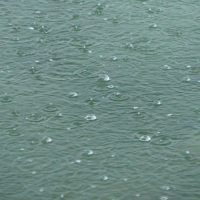 Perhaps “leaf” is a biased word and we should set it aside. Here, for example are some aspen “leaves.”

They are called “leaves” because the tree has “leafed out” or, rather its quick, its living energy, its “life” has “leafed.” The leaf hasn’t. It has spread. Perhaps it should be called a “spread”. Or maybe the result of the spreading of tubular stems into a thinner structure: flats. If leaf and stem are one structure, then each has a tube and a flat. Should we set the tree bias aside and acknolwedge the leaf itself as a “flat”?

After all, a lily “pad” is a flat, for sure. Not only that, but it “floats” on “flat” water. A “pad” is a foot, or a footfall, so you could say that by calling these “leaves” (or “leafings”?) “pads”, we are really saying that the plant is walking, and these are its footfalls. Does it follow, then, that these are footfalls, too? After all, if we step on them with the “flat” of a “foot”, they will “flatten” even more, down there, where they grow on the “flat” ground. It’s like they are lifting “flatness” up on stems. Isn’t that what we are doing when we walk. Are these “feet”, then?

And what about these? They are also called leaves in that colonial language, that language of universality and the Enlightenment, English.

They are flats, for sure, but they stand. And so we call it a “stand” of grass. It doesn’t walk. And look at the reeds growing amidst the grass. Tubes! Like the stems of leaves. They have no feet. Just legs. Just as the grass is all feet without stems, just feet. They don’t walk. They creep. Do you see how the language does contain depths of precise understanding of the relationships of plants to space and to our bodies, all flattened out by the description of these structures as leaves, rather than by the descriptions of them, also contained in the language, as parts of their living processes and their environments? Here are “leaves”, for instance, that not only come to “life”, but fan. There is more than spreading going on here. There is doubling, or twinning, in some, and spacing in others. Should we call them spaces? Or alternations? Or pairings?

Or maybe twins? And what about this guy? Bit of pairing of “spreads” going on here.

In this case, the paired spreads are called wings. To operate, they must be splayed. So, maybe these are splays?

Of course, we do say that. We call them “splayed” leaves, and call flowers a “display”.

Flowers are specialized “leaves”, but are not “leaves” specialized displays, open for the sun, not for us? Is all this insistence of life springing (or leafing) out, an image of human bodily knowledge and observation and bias? Might the plants not be doing all this for us? Might they be doing it for the sun? (Yes.) In that case, are these leaves not spreads? I mean, in the way that a ranch, a farm of grassland bits with a fence around it, in these parts is called a “spread”? It spreads out from a central point, be that a bud or a ranch house, and extends the energy of that point outward, while drawing the energy of the sun back in? Well, of course, leaving, and even branching, does that too.

In German, these “leaves” are called Blätter. Singly, a “Blatt”. That’s a “flat” by another name, but it’s also a “blade,” like a “blade of grass” or the “blade of a knife.” Even English releases this knowledge. We do say, after all, “the flat of a blade” or “he struck me with the flat of his hand.” This structure is commonplace. It takes a word describing a form of energy (flat, or flatness, or flattening), which once described objects, and turns them into descriptions of a more generic object, a kind of universal form of that energy, and presents them as a pair. We say, after all, “she is the apple of my eye,” meaning “she is my apple,” ie the pip that is the centre of my eye, just as an island is a centre in a sea or a yolk is a centre in an egg (an eye). We could just say “apple”, ie “she is my apple”, and we could just say a leaf is a “flat”, meaning a place in which energy has spread, just as a hand does, but that would make the world a dynamic, living place of energies deriving purpose and function from their relation, and which would be understood not by hierarchal schemata created by logical reasoning but by poetic connections. It’s a world that, in the past, proved incapable of properly controlling industrialized societies, so this experiment was made with language, to replace all these precise terms with universal ones. It’s the purpose of a “university.” To teach one this “universality”. It makes a lot of sense, and yet it lost us the Earth. The leaves below finger out. We could also say they are fingers. This play between action and object, this displaying (leafing) of action as object is a gift to us from our Old Norse past.

Intriquingly, if we reach out our fingers to these fingers, we touch, hand to hand, across billions of years of change and continuity. Are not leaves like this “touches”. Do they not react to the touch of light? Do we not react to the touch of light, reflected off them, on our eyes? And are the buds they spring from not also eyes? And look at the pattern and spacing of it all. Are these “touches” not “drops”?

Is there not a tight relationship between opening and landing, between budding and spreading, which has been divided to create universality and, ironically, losing unity in the process? Is it not time to rethink the parts of the development of our language and its contexts that were dropped in the creation of modernity, and bringing them forward for the sake of the Earth, this place of doubling? This place where what sees is what is seen? Where energy is matter and matter energy?