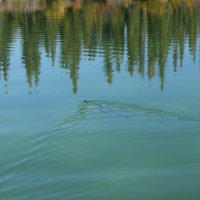 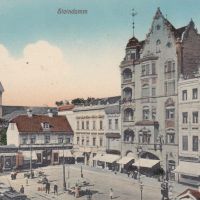 Reversing the Water Flow in Vineyards

There is a beautiful, simple understanding of plants: they have roots, stems, branches, leaves, flowers and fruit, in various combinations, but grape vines, like all the rest, are understood to grow from their roots, through a stem, and to branch out from there. This is not the case. Now, I admit, it sure looks like it…

… , but it’s a trick. Here’s a more natural glimpse of grapes doing their thing in a grapey way, in the Mosel Valley, where they’ve been doing this since it was a Celtic Valley and the Romans hadn’t discovered it yet. Here, there are no stems. The grapes are hanging off a cliff, in a planting actually called a “hang”, and the grapes, naturally enough, “hang” off the vines.

I have shown you these images before. This time I want to stress the practical side of this. The grapes grow in the heat of a cliff above the river, living off water that flows off the rock, and tumble down with it to the river. Each time they touch the soil they root again, and catch a little more of that water. The effect of all of this is that a grape plant has multiple roots, catching water at different times, in places where water collects or is even shaded from the sun, while the grapes themselves grow out in the heat. What’s more, a grape has the ability to transfer water in any direction, so a vine that has rooted thirty feet down a slope in a pool of wet soil shaded from the sun, can draw that water backwards, up to a cluster of grapes right where the plant first rooted but where there is currently no water. The reason grapes aren’t grown with this ability in mind is because hand work is expensive and, more than that, European grapes grown on their own roots are vulnerable to predation (and death) from a little insect called a wine louse, which was imported from North America in the 19th century and nearly ended wine growing, until all grapes were grafted onto North American grape roots resistant to the louse. Hence the stalks you see now.

Flat, for tractor work, and spaced out and held away from the soil because of the need for grafted roots. These, however, are industrial solutions, based upon a particular image of plants that doesn’t exactly suit the ability or needs of grapes, or, might I say, the needs we have today of growing grapes without weedkillers, in order to protect populations of bumble bees, vulnerable to them. In my last post, I suggested that drought was an answer: the creation of environments resistant to weed growth. Grapes, however, need water. Not a lot, but, still, they need more than drought can provide. Either we come up with new watering technology, or we start planting grapes differently.

After all, if a vine needs a North American louse-resistant root, why not two roots, forty feet apart, with one in a watered area and the other in a droughted one? The reasons we don’t do that are multiple, but one certainly is that we have all become comfortable with the myth that a grape plant needs to be stressed in certain ways to concentrate acids in the skins, which will develop into the flavour profiles of the wine. These are all techniques which have developed since the 1880s, or even more recently, in tandem with single-stalk, wine-growing on wires, and not ones endemic to wine itself. There are lots of ways to stress grapes. Transporting fluids great distances, against the natural flow of the stems, is one that we aren’t using. It might mean an end to growing tens of thousands of acres of grapes in the Okanagan on the settler myth of a European paradise in the country’s only hot valley (not true, but there you go) in order to produce “world class wines”, but the wines will still be plenty darned fine, we would need no herbicides, and water infrastructure could become creative. It is all within our power. In other words, climate change is not a threat to grapes, only to one particular way of growing them, one which is not all that old, anyway. The question is, will be change, or will we continue to tell ourselves stories based more on advertising than actual horticultural and climate fact? We can do this. Let’s.