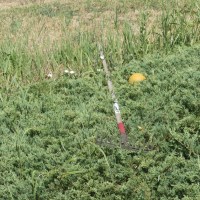 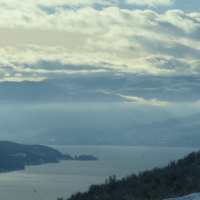 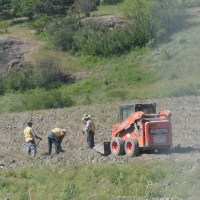 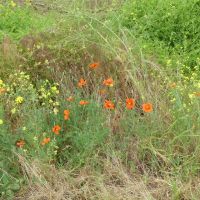 When Trees are Weeds: Truth and Reconciliation from the Ground Up

Yesterday I started a meditation on classicism, and how the cultures within Canada have some choices, given German experience with the power, failure and abuse of classical models as a means of preventing cultural cynicism and decay. By “classical models”, I meant the choice of founding myths as a touchstone against which all activity is measured. An important one I’d like to look at together is the difference between cultivated and wild space. One could call it a rural-urban split, but it’s not that, really. Take a look at a curious made-in-Canada urban-rural space: 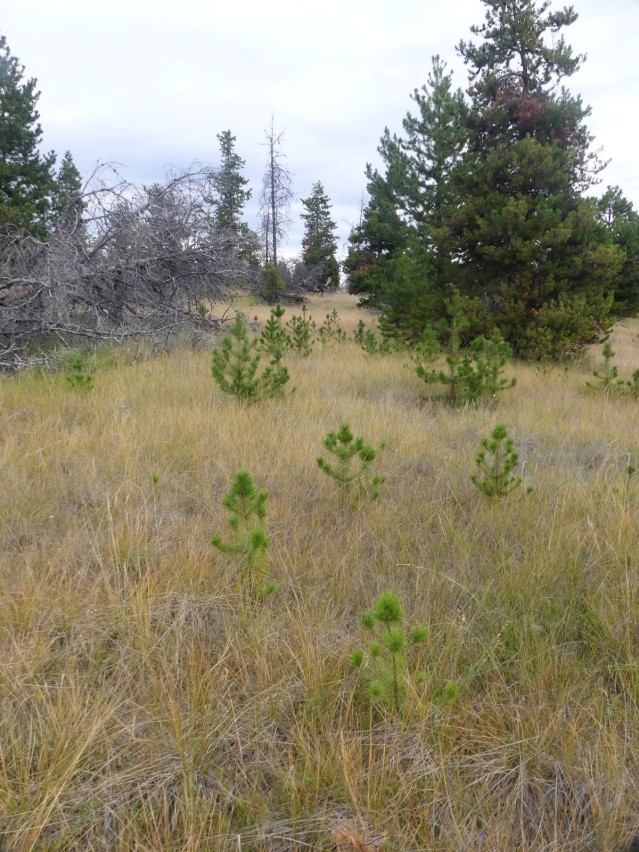 That’s the North Meadow of Big Bar Lake Provincial Park: a fine nursery for mule deer and western bluebirds. You can see the dead pines from a pine beetle attack a decade ago, a few survivors that were too young to be hit at the time, the porcupine grass (among others) that was renewed by the gained space, and the new pines that have seeded themselves in a couple wet summers: 5 to 7 years ago, it seems; not that long after the fire. Now, here’s the thing: 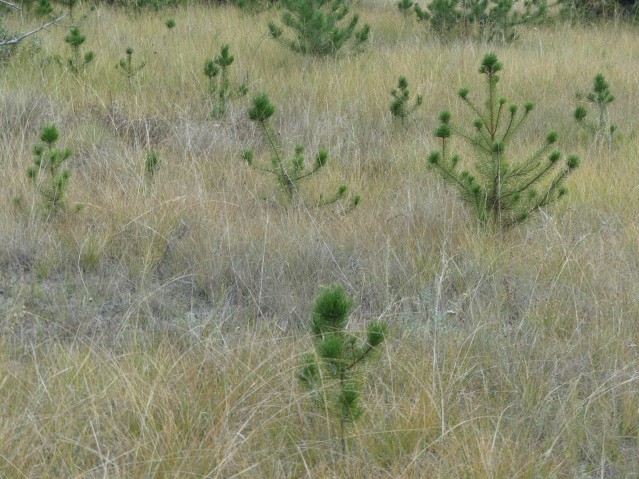 These are weeds in Indigenous space. Two hundred years ago, human culture here prevented trees like this from growing. It was cultural space. On the other hand, it still is cultural space: it is protected from human intervention and allowed to evolve according to a process of “natural succession.”

In a decade, this is going to be a forest, but it’s not a forest. It’s a grassland. The trees are weeds. To a sense of Canadian identity this is perhaps a little odd. Trees are beloved in Canadian cultural space. But weeds they are. It’s not that all trees in the park are weeds, of course. Pines aren’t, in general, as long as they burn off when they’re small like the ones above. The Douglas firs and aspens below sure aren’t weeds. They have more staying power. 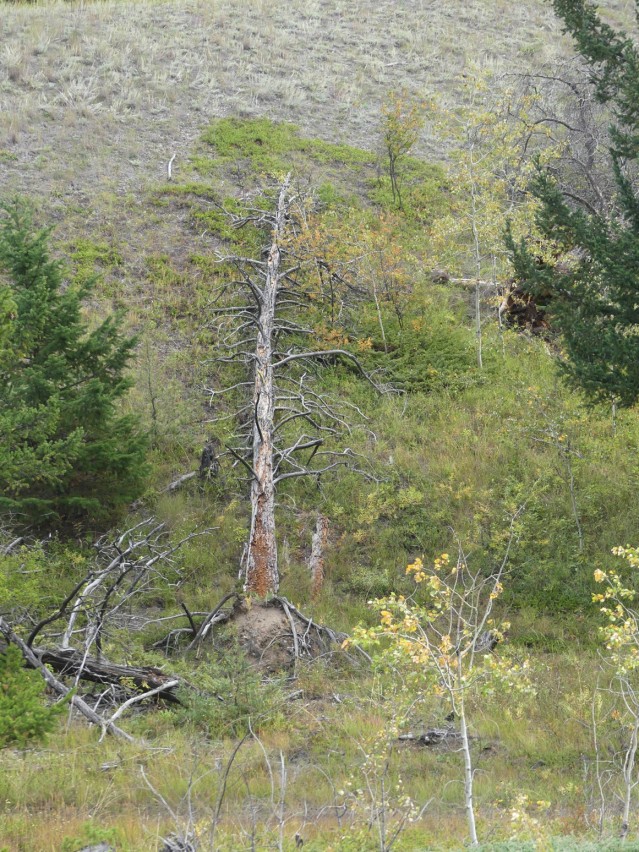 Dead and alive they strengthen the species diversity of the grassland and ensure the most diverse, dynamic survival of species, within a landscape dominated by grass. They form groves around wetlands, on the wet sides of ridges, and spaced throughout the grass. Not forests, though: 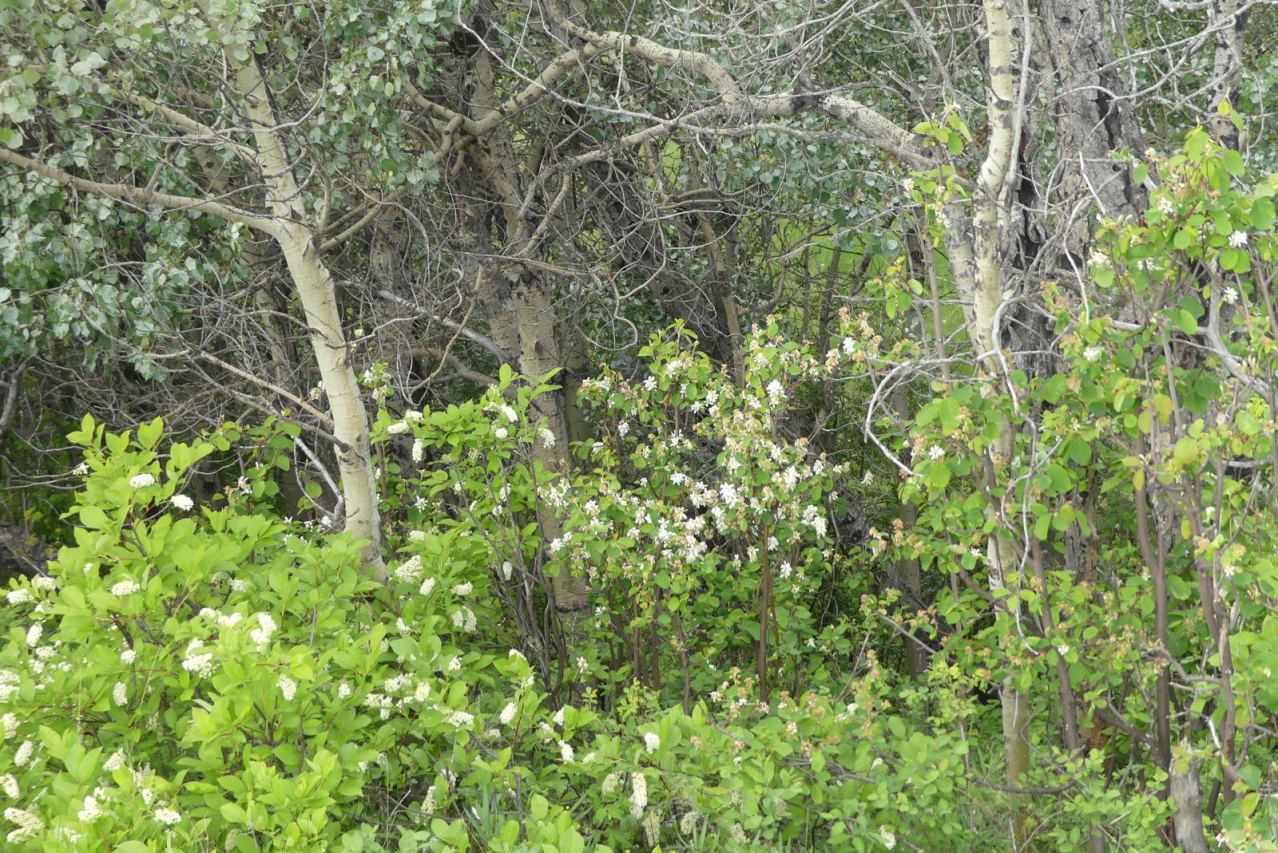 They are groves and pools, communities knitted together within water. Sure, there are forests. They spread across the plateau for hundreds of kilometres. A huge timber industry is built on them. Here they are at dawn: 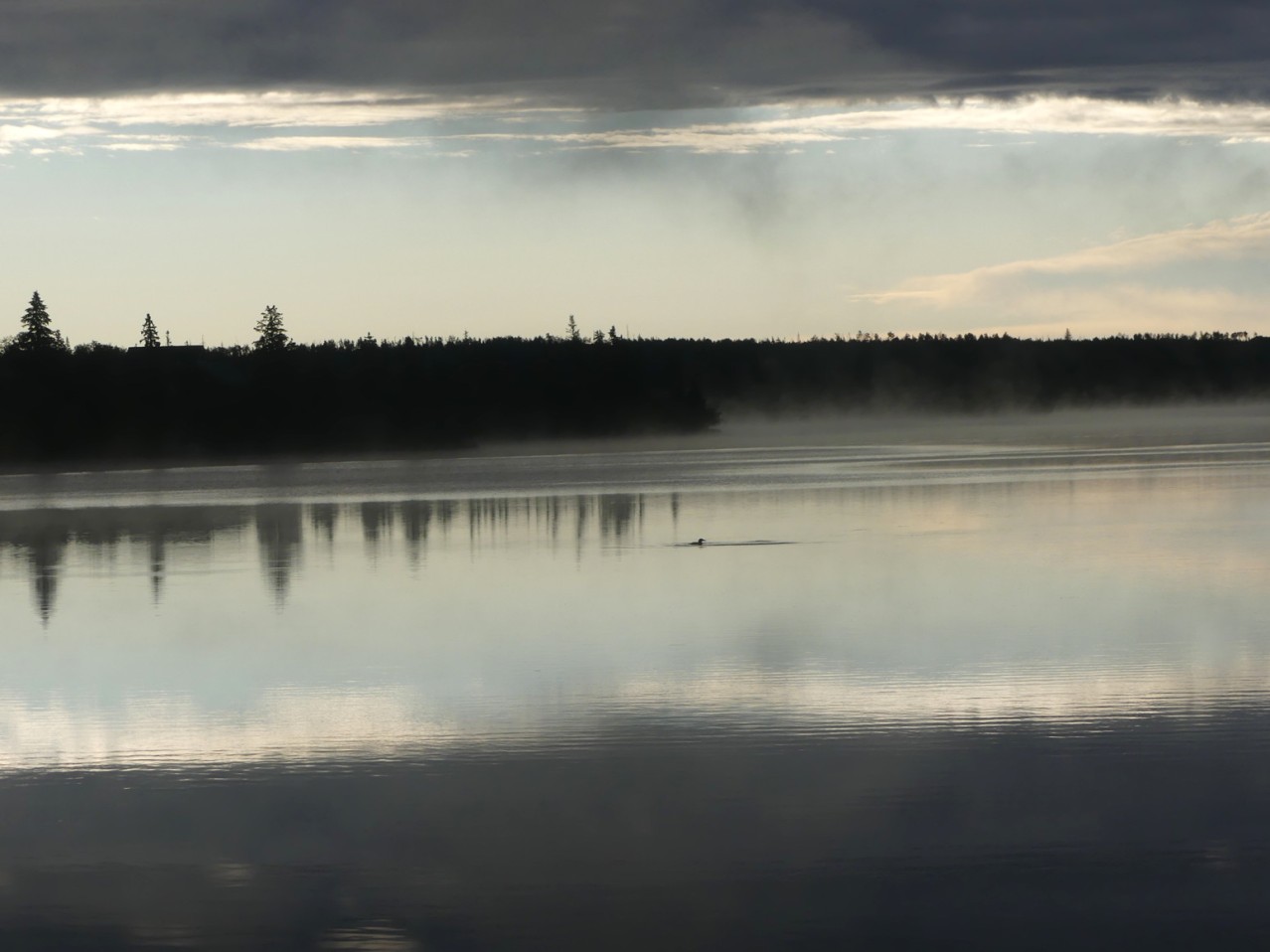 Largely, these forests exist because of the suppression of fire over the last century, which was largely done to increase timber values on land and, I suspect, to suppress indigenous land rights. It makes an insidious sense: if people have a right to resources on the land, growing a different resource on the land will deny them that right and, effectively, block them from use of the land. But, of course, everyone here, indigenous or not, had to eat, and the chosen form of settlement industrial land use here was agriculture, which was a mighty good way to go broke and stay broke. The only thing that kept it going through the lean years was the water-retaining capacity of lost beaver ponds, which the cattle could graze when all other pastures were dry. A lumber industry was a relief, but that should not negate the basic problem: the beavers were extirpated by the beaver hat market and the loss of dynamic ecosystems, lakes and ponds of trees, supporting fish and birds, across the plateau decayed. By 1920, the capacity of the land was about wiped out. Fire and beavers would have helped. The land above Okanagan Lake below that burned five years ago is richly productive again, but without bushes. 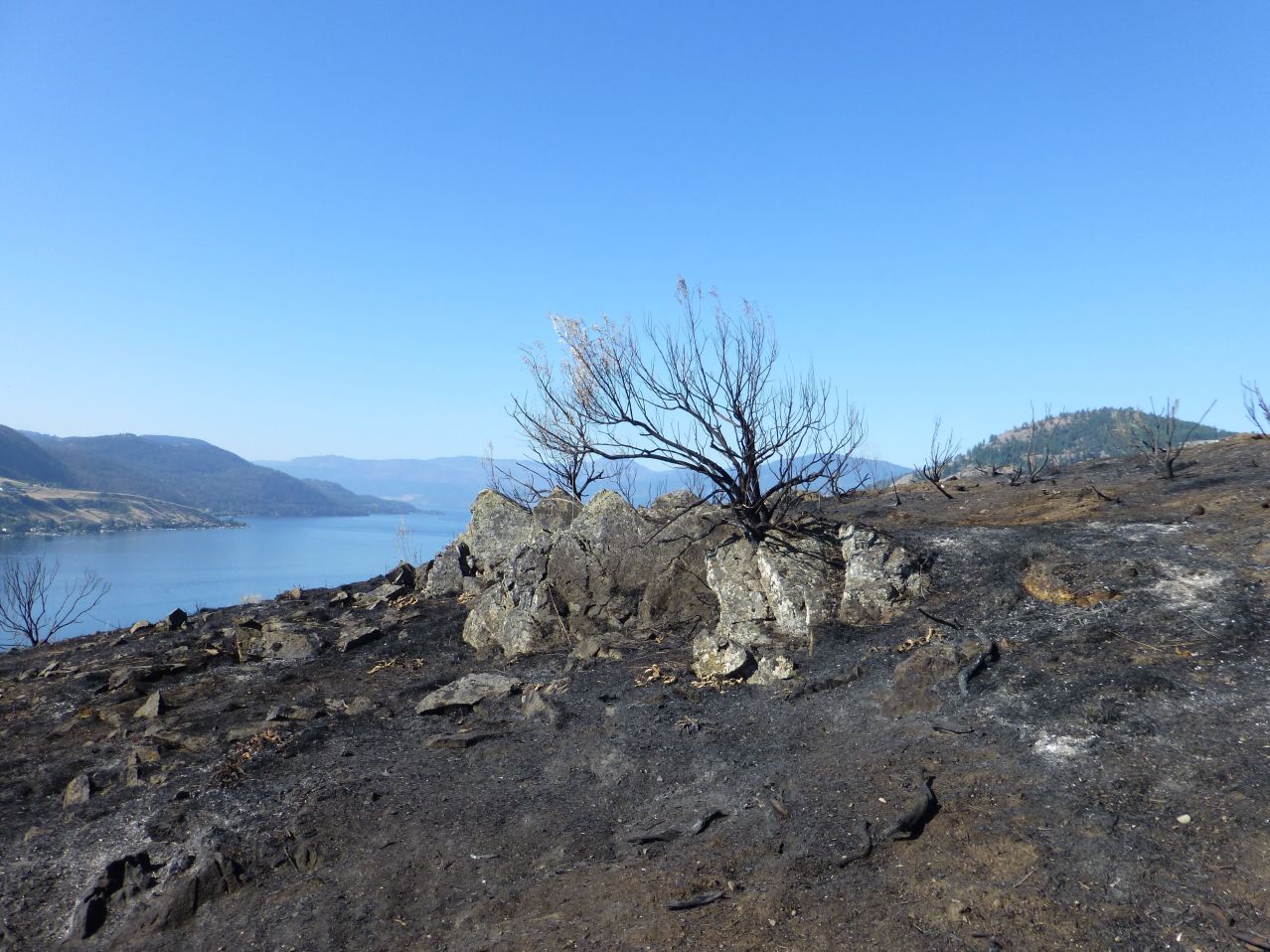 In other words, two great expressions of Canadian wildness here, travel across a continent to purchase beaver pelts and the suppression of fire to allow “wild” environments to grow without human intervention, are, well, social acts more than anything. I might be out on a limb here, ha ha ha, but I think the English language has helped to make this confusion. In short, the word “forest” means a vast, treed area, but also means “a kept space for the personal use of the king.” Well, or queen. We have a queen. 94% of the Province of British Columbia belongs to her and is her preserve. That’s a forest, in the sense of a place of royal privilege (managed by her selfless administrative and business class, of course), but not a forest in the sense of a vast treed area, because, as I have hinted, it’s not — unless we extirpate humans, beavers and fire from it. There are, however, words in English that would have been more useful: weald (Old English), or wood, for instance. 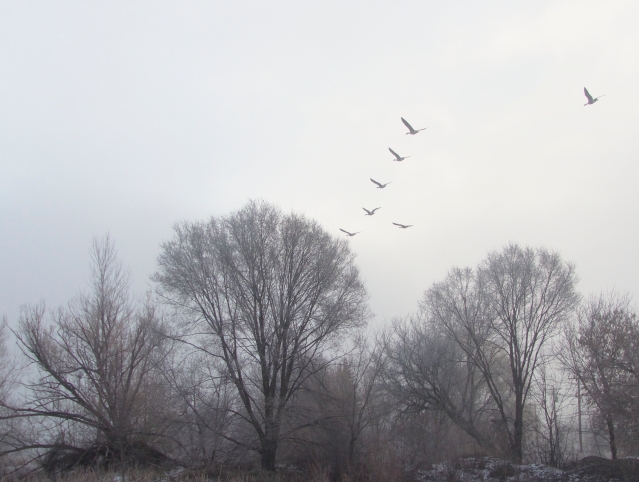 Okanagan Landing in the Fog 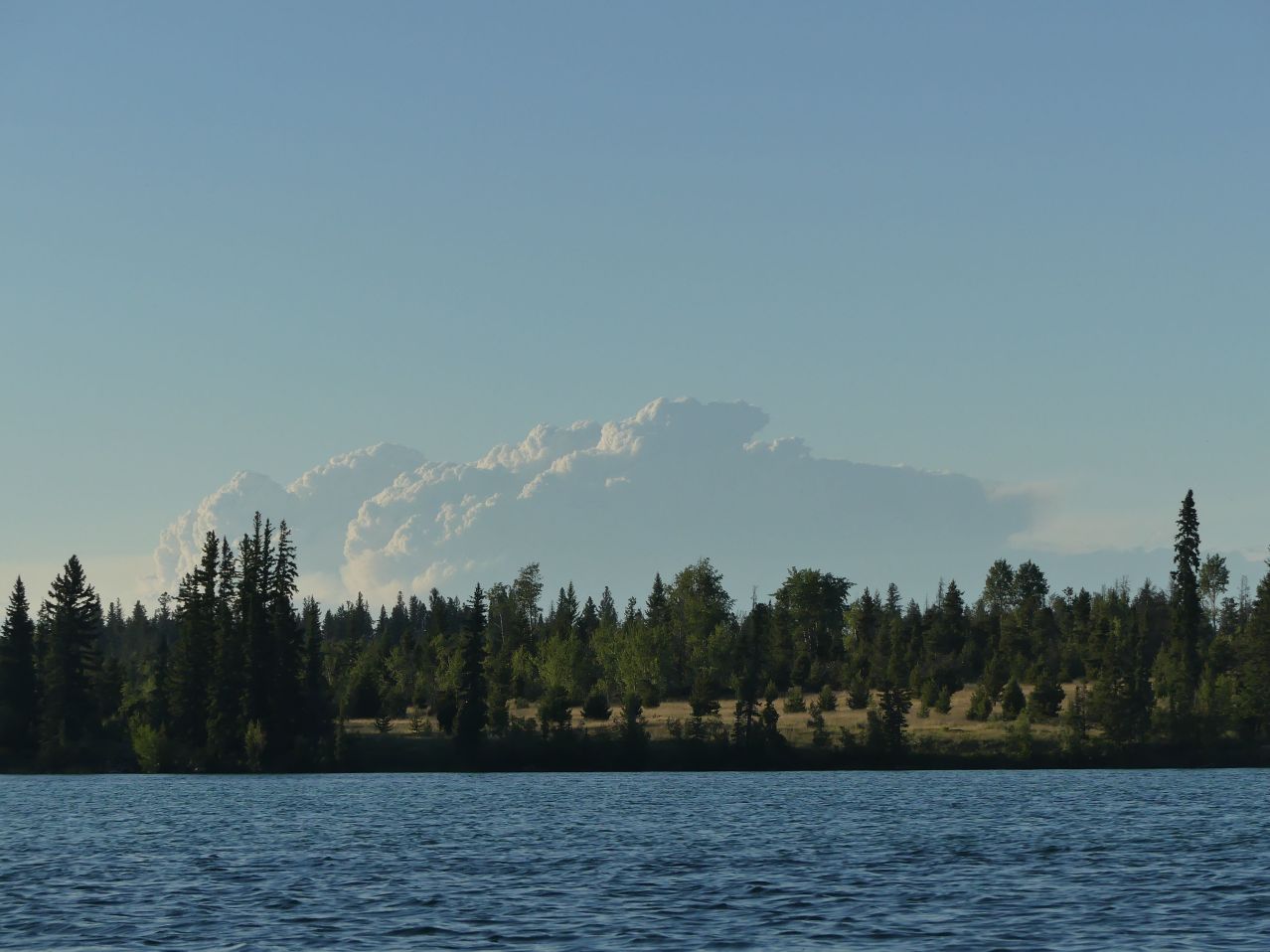 That’s an image of the forest fires starting at 103 Mile House in the summer of 2017, as seen from Big Bar Lake. Note the few stands of large poplars, separated by grass and spreads of aspens, broken by grass into which the green fire of pines has spread. In a healthy fire landscape, they would not be there. Monster fires like the one in the back will take them away soon enough, as the land finds a balance. This kind of landscape, with a few groves of trees spaced out in a grass parkland was pretty standard here 200 years ago. Here’s an example from Vernon, in the Okanagan: 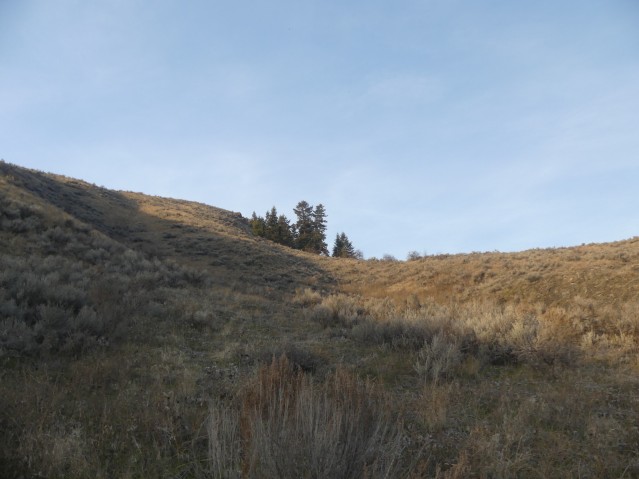 You can see the principle at work in the Thompson here:

The fires are our creation, and what do we call them: global warming. Hunh. The arrogance of that aside, it’s good to remember what a wood is: it is a Wald, in German, which is remembered in English as a wall. It matters not what of: a wall of trees or a wall of stakes (the original meaning), which are cut from trees and artfully placed in a row for defensive or reinforcing purposes of one kind or another. And what are stakes? Well, sticks. The word originated with the notion of “sticking” it or thrusting it into the ground, but was translated to the thing. In the universal trade language of Old Oregon, of which this was a part, Chinook Wawa, all trees were “sticks.” We still use that word for large expanses of trees, but not so much anymore for this ridge of firs above Okanagan Lake on a late afternoon of tattered storm and sudden light under lids of cloud. 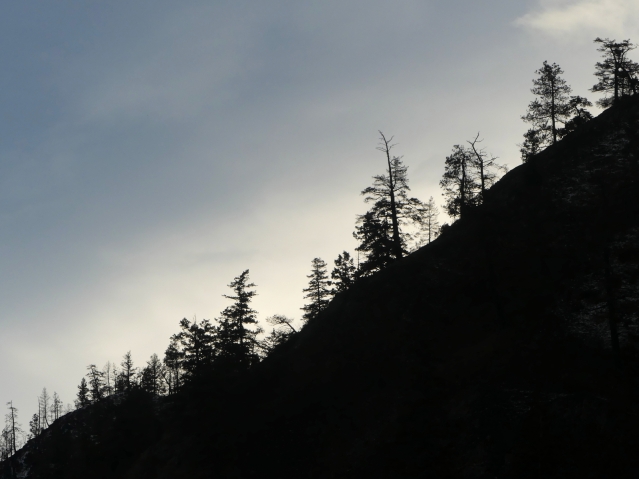 That’s because “sticks” now has a pejorative meaning. We use it to indicate “the sticks”, a place outside of civilization, and in which nothing is happening. That’s rich. It really is. Given that the origin of the term in the Hudson Bay Company settlements in Oregon’s Willamette Valley indicated a couple things: a forest of sticks (Fort Vancouver, on the Columbia River), making four walls, where the Company traded, called a Hai, a hedge, a fish weir for catching salmon (very important among the salmon people the French Canadians were married to), and the game of s’lahal, a bone (and stick) game at least 13,200 years old in this country, this hedgerow, as Chinook Wawa put it, in this “illahie”, or “il” (country) “la hai,” meaning “a man’s own hedgerow,” where he had the cultural right to set up a fish weir. When we say a place is “out in the sticks” we are speaking of eliminating that sense of land-as-social space in favour of forests and wilderness, spaces to move into (colonize) and from which to extract resources. They aren’t places to live in and, because of this elementary, classical foundation, truly are as we describe them: in the middle of nowhere. However, that nowhere is only in relation to “Canada.” To the people of the land, it is the illahie. It is home. It is the middle of everywhere. 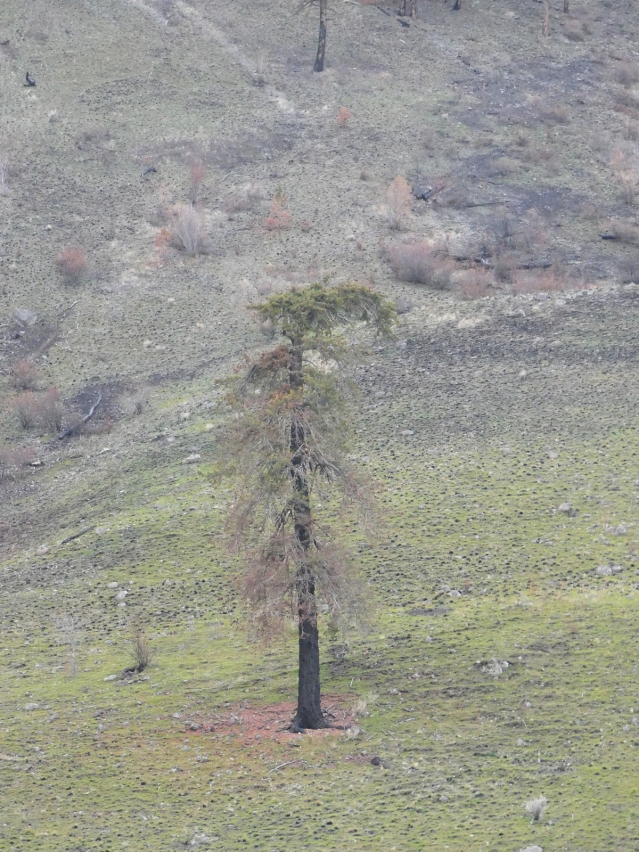 Survivor of the Fire of 2018, Okanagan Mountain Provincial Park

So what classicism are we going to choose? There’s a lot of talk these days about Truth and Reconciliation. Well, if we really meant that we could start by removing forests and wilderness as foundational images of health, because they’re anything but — at least not here in the West. Let’s pick this up again tomorrow. Until then, here are some older posts that go into detail on some of these notions:

Strange, non-Canadian notions, eh. Well, that’s rather the point. With them, one is with the land and her people. Without them, one is somewhere else. I would rather that Canada were not “somewhere else” but spoke for this country on its own terms. For that to happen, Canada has to change. “Natural succession” is just racism, settlement and displacement by another name.