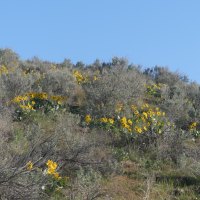 When spooked, run into the open, scan the distance … 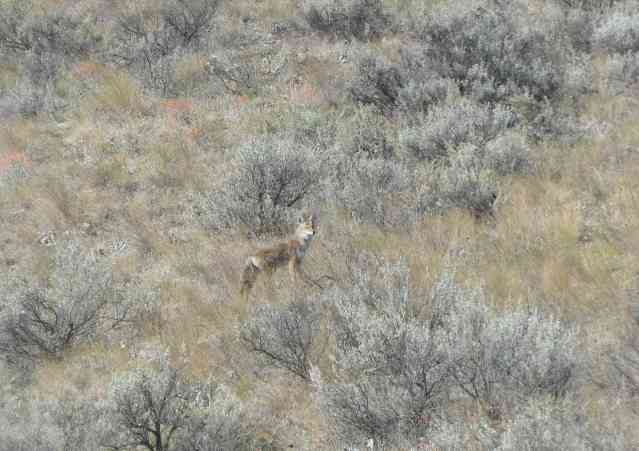 … and then, rather than following the open grass, step behind a sagebrush and disappear. After that, you dominate the side of the mountain, because no one knows where you are. It’s the same for Crab Spider.

In Crab Spider’s case, you disappear inside of the unconscious cognitive programming of your observer. In effect, you become invisible, except unlike Coyote, it’s not by entering possibility; it’s by making the predator leave it. You can also change colour. That dulls the senses of any predator finding you by contrast. 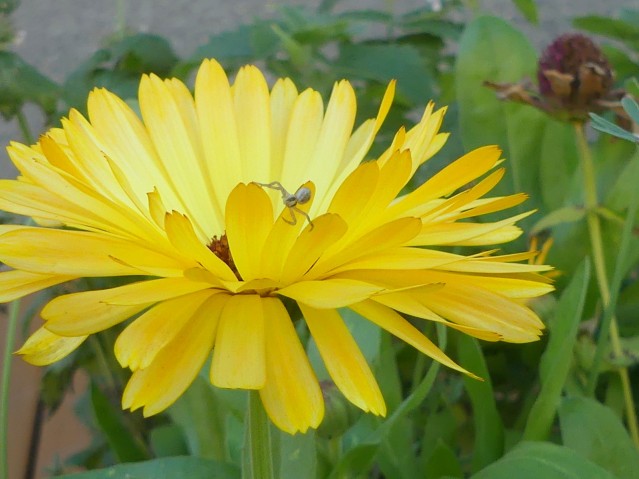 All these grassland creatures pass not just through the grass but through the cognitive strategies of those around them, as if those too were grass. Hiding means not to be seen. It doesn’t mean to place yourself where you are unable to see. That distinction illustrates the gap between sight and being, and is often lost on humans, who take the high path to see, while others take one in the lee of that sight, keeping our blindness as a form of sight behind them. 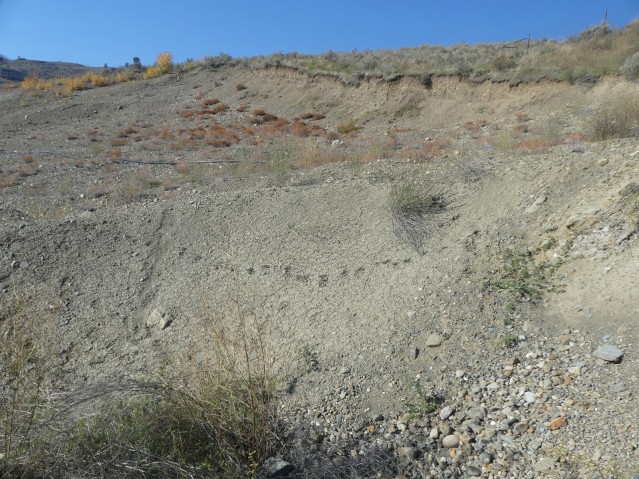 That’s how it is in the grassland.