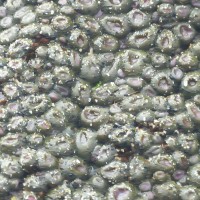 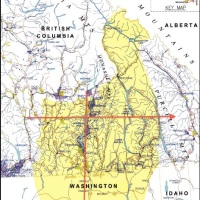 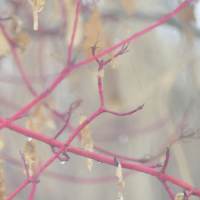 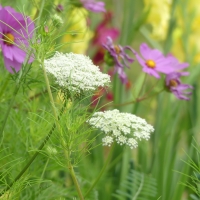 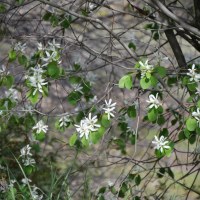 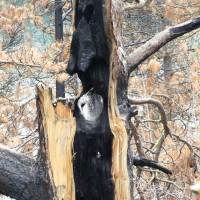 The Earth: An Owner’s Manual

This planet? Owned by humans? Too funny! 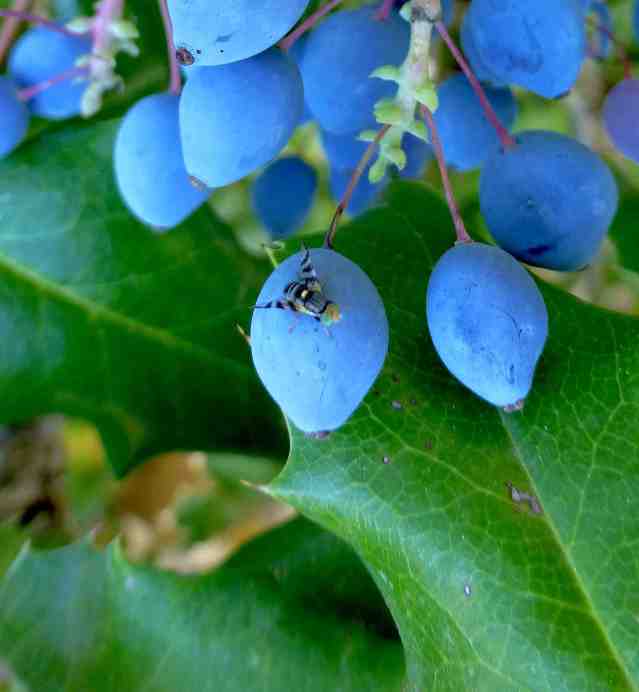 I took some photos of some ripe Oregon grapes today, because the light was good and they usually overexpose. When I got them home, though, I noticed that my camera had recorded more than I had seen. Wonderful!

And hotly contested, too. This is prime real estate! 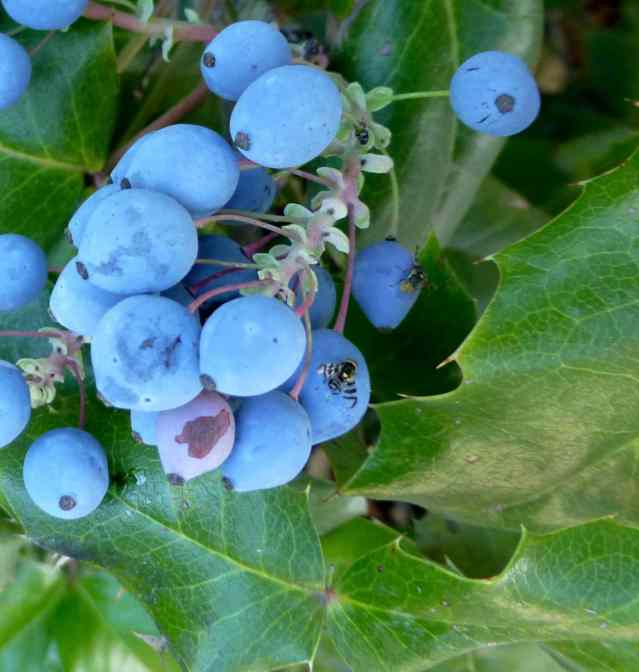 It’s nice to discover other creatures living within human visual objects. They have actually made their homes there. And they are beautiful. 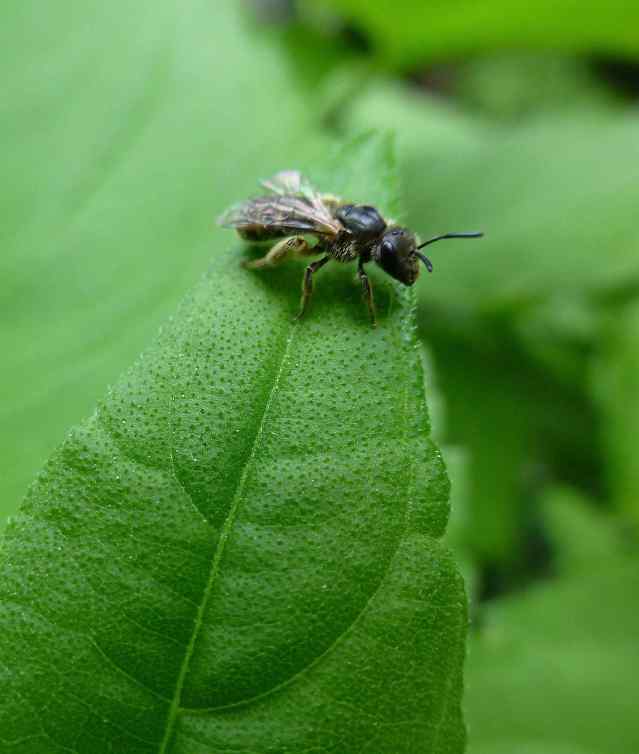 Wild Bee with Cool Antennae on a Jerusalem Artichoke Leaf

It makes the idea of art come alive. Art as life? Life as art? Yes, that’s a part of what I mean. In ancient Greece, the debate was hot between concepts of beauty that stressed balance and those that stressed the union of form and function. As this bee demonstrates, they are the same thing. 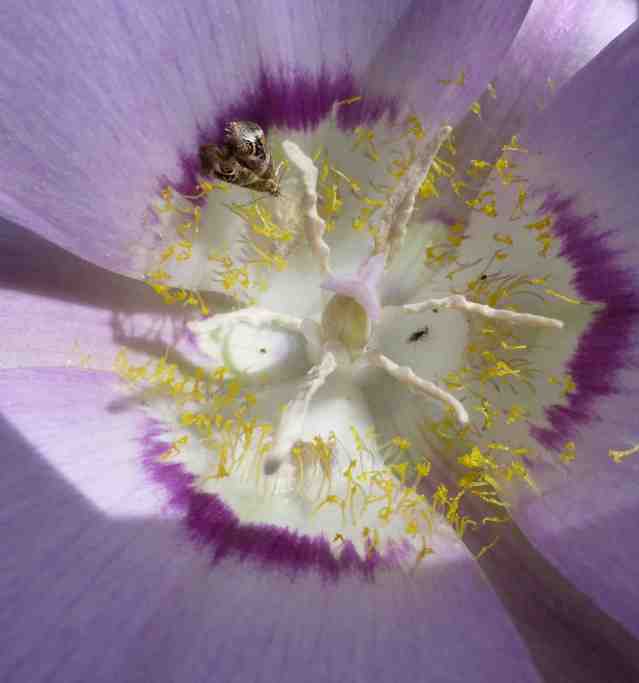 Hopping Moth in a Mariposa Lily

A hopping moth? Yes, like a grasshopper! The sun-wheel pattern of the spokes in the lily flower provide hand holds for insects being thrown around while the wind tosses the flowers around up on the hills. It’s like the circus. They also press the insects down in the pollen area. They make two or three traverses around the stem of the ovary (I think they can’t tell where they started and just keep going around again, thinking it’s the first time.), before they struggle up, so loaded with pollen that they can hardly lift off. Usually they rest on one of the petals for awhile first. The hopping moth seems to have found a different method!

Science started out with people marvelling at the beauty of creation. 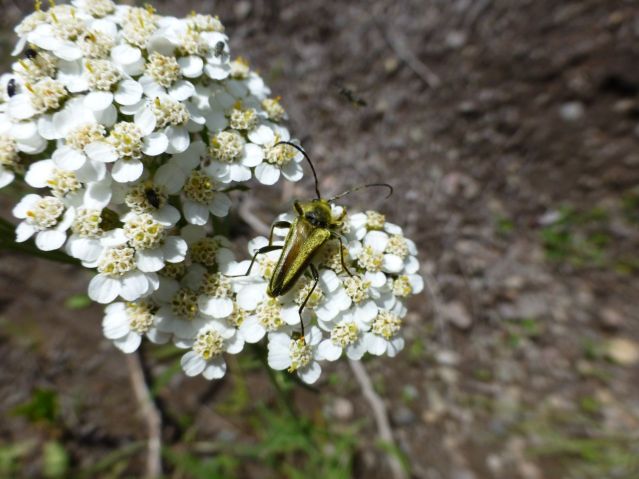 They were right. 99 years ago the First World War ended that understanding, and that union between the arts, science and industry, or at least that’s what we have been told by generations of shell-shocked survivors. Let’s get ready now to celebrate the 100th anniversary of that butchery next year by accepting that it did not end it at all. 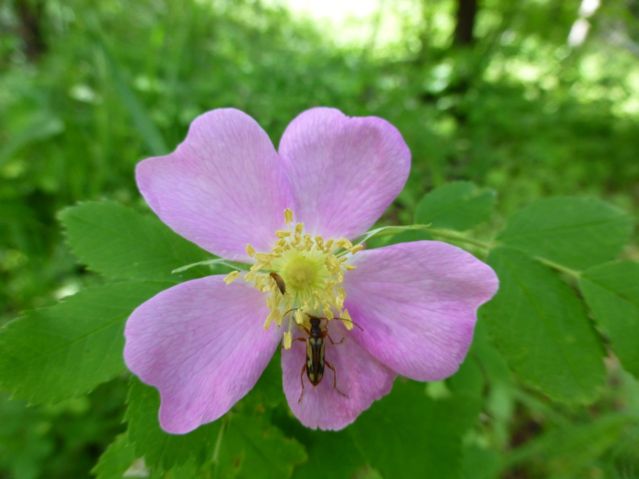 We just lost the words for it in all the noise.