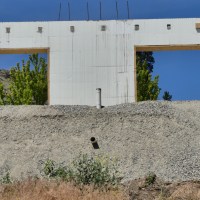 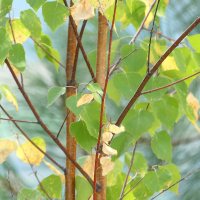 A nunatak is an unglaciated island of stone and a few survivor species in the midst of a glacial landscape. Recent studies in Sweden have shown that some Swedish spruce trees survived the last glacial period on nunataks — tough trees, indeed. Important British Columbian nunataks were in the Coast Mountains, high in the Cathedral Range in the Similkameen, and on the islands of Haida Gwaii, which still supports many unique plant species. What if the process worked in reverse?

While the landscape is being overwhelmed by grazing cattle and cheatgrass, islands of stone operate like nunataks, preserving both ancient post-glacial landscapes and largely weed-free grassland species.

Might it be possible to recreate our grasslands from these refuges? 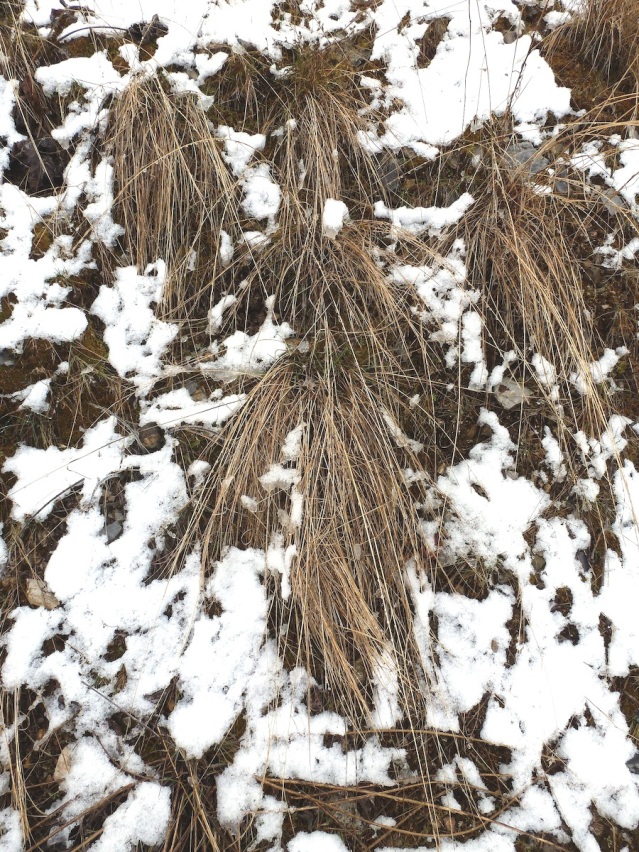 An island in the weeds. Blue Bunched Wheat Grass and Microbiotic Crust intact.

These reverse nunataks are beautiful and complex, at any rate: 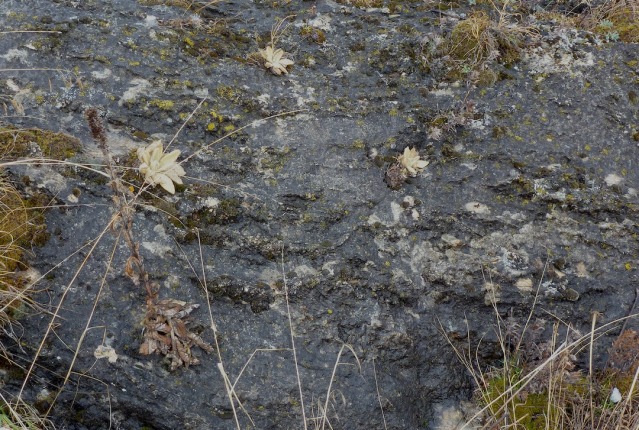 Life on the Rock

You don’t need a lot of soil if the rock concentrates your water for you. You just need enough to hang onto.

It’s not just about rock. Here’s a stump from an old savanna tree in a grassland on the west side of Okanagan Lake that has fallen victim to a century of fire suppression and has gone over to scrubby pines and firs:

… in the desert of the trees.

Rocks do the same thing: 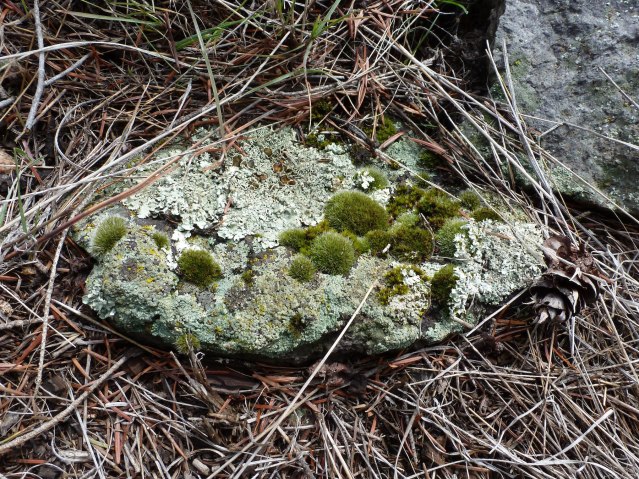 Nunatak the Size of a Loaf of Bread…

…and ready to recreate the microbiotic crust. These things are scattered around all through the so-called (monoculture) forest.

Intriguingly, the trees have kept the weeds at bay, though. Perhaps the reclamation of grasslands from weeds lies in the relationship between these nunataks and the rather light-starved but still-not-dead grasslands under the trees. As the Western Pine Bark Beetles wipe the trees out, the time to open this door is now.