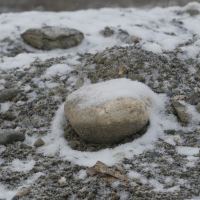 Resisting Climate Change Catastrophe One Bird at a Time

Let’s talk about what we can do. Want to control carbon? Plant a tree. Come back in fifty years.That’s what living on the Earth is all about. If you don’t want to live on the Earth, you won’t, but then the Earth will no longer be there for you. So, plant a tree. Make sure that it is cared for. Think fifty years out. 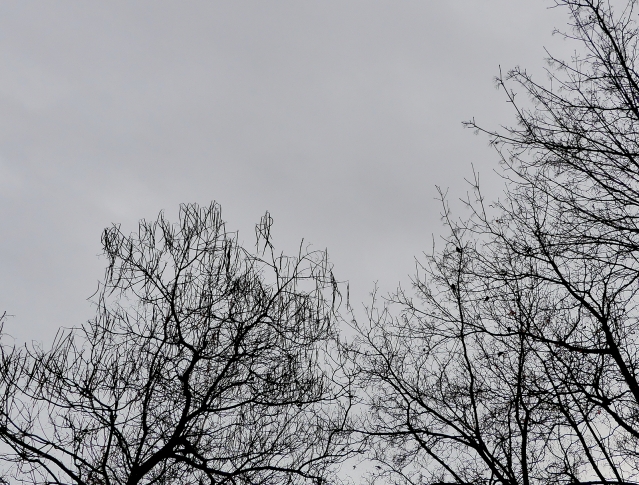 And if you plant a tree, first have a look at trees that have been planted before. The Indian bean tree on the left above is not much use. Sorry. It’s sure pretty, but there are no birds in it. The birds are in the maple to the right. If you have to plant a tree, plant a maple. Or, as you can see in the image below, a walnut. Birds will use a walnut, too. 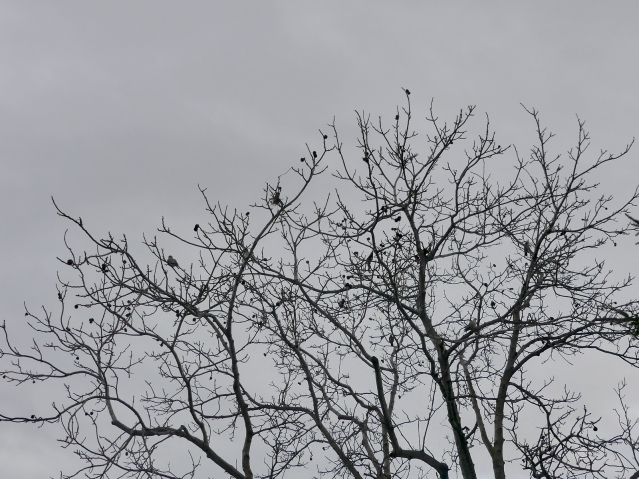 Bird in the Branches, Hawk in the Sky

If that’s too long-term, then you can put up a tree like this. 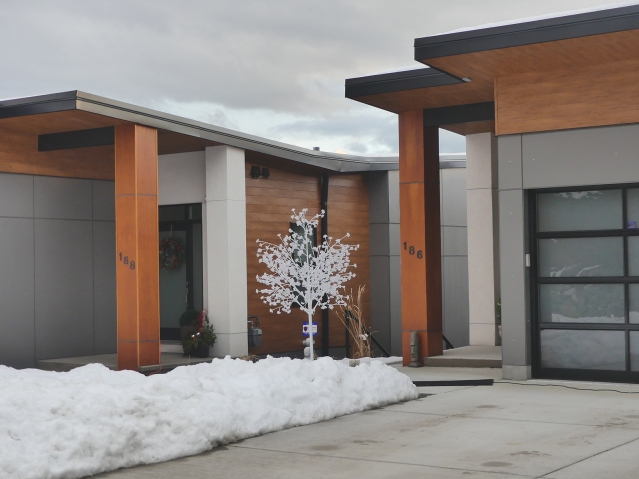 Just be aware that the short-term, beauty-by-purchase, urban concept of honouring nature that it entails in this new subdivision in a re-purposed greenbelt is one that has no birds fifty years out and adds to atmospheric carbon rather than reduces it. So, it’s your choice. Toys for playing in the snow… 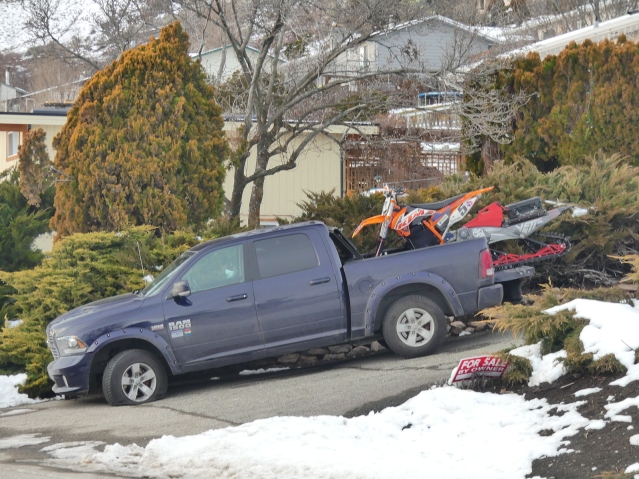 (And a flat tire and a mortgage gone bad. Usually an oil patch job gone wrong is behind this kind of thing.)

… or just playing in the snow.

Does that seem simplistic? Try it. Resistance is a political act. Sure, you can protest as a form of resistance…

… but can you resist this?

Or, harder yet, this? 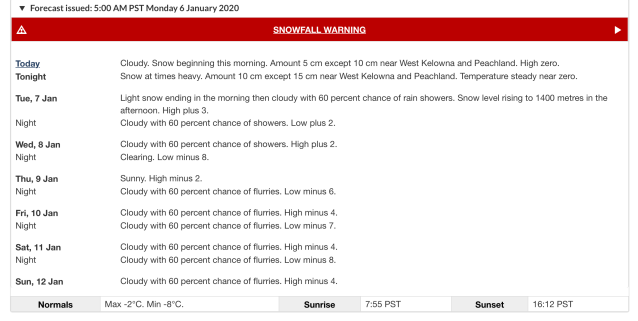 Yup, that’s how Environment Canada looks at the absolutely normal, expectable, predictable, and acceptable phenomena of snow falling in British Columbia in the winter.

What’s more, snow is not an emergency situation, except to people who don’t live on the Earth. Besides, if you went out yesterday afternoon to see how the weather was doing, you would have seen this:

That’s the west wall of the Okanagan. Clouds look nasty up there? No, it looks like snow, but here? Well, look up. 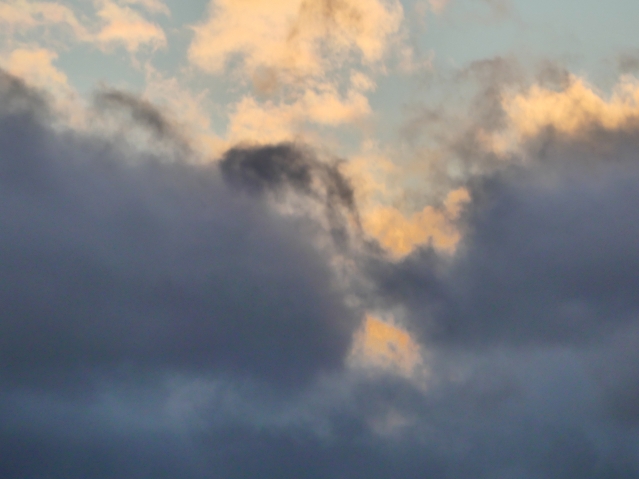 Those clouds have reformed after being stripped of water by their trip over the mountains. This isn’t a catastrophic storm, rushing off the Pacific, but simply winter air condensing as it drops from the peaks of the Coast Range.

Sure, it’ll snow, but 10 centimetres? 20 centimetres? That’s a normal January snowfall. In fact, on January 6, 60 centimetres would still be normal. Not that we’re getting it. These clouds are barely reconstituting over the valley. They are lazily drifting past.

The quote below is what we need to resist, this old sensational ballad from the Vernon Morning Star:

It does no good to accept dictates that make you afraid of the world. What is really frightening is that, presumably, there are enough Canadians who do not live on the Earth that the government feels it is necessary to speak to their reality. For the love of the Earth, no. We have to improve reality. Plant a tree. Or a hundred.

The Earth will come.