Outliers in a Web of Interwoven Worlds

The arrow-leafed balsam root is a great world for crab spiders, wasps, flies and bees, and blooms across the hills in the spring, one of the few native plants that can resist the depredations of cows, cows being big lumbering sweet-eyed creatures with rototillers for feet who don’t like the taste of breath mints, I guess, plus the flowers are aggressive and smother out competition with those big tobacco-like leaves and, as you know, cows don’t smoke, either, but balsam roots have a mighty long flowering spread, with the first sneaky ones coming in late March, here and there, and others lingering on into June. Here’s one of the last blooms in the Bella Vista Hills, at around 500 metres altitude, facing south east. 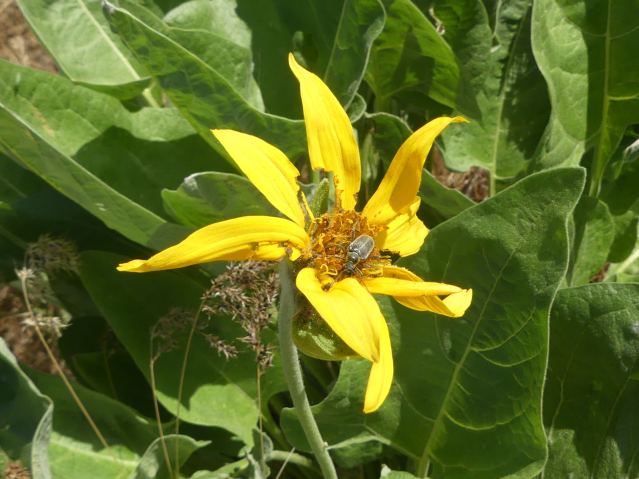 Now, is the time of the beetle, and they are happily crawling over the yarrow waiting for love, which is a risky business for sure, as there are hungry birds in nests all around, but love is love and without love, what do you have? A hard shell and long twisty feelers, and some biting mouth bits, so, yeah, lonely, right.

But also climbing up the lupines like Elon Musk on his way to the asteroid belt. 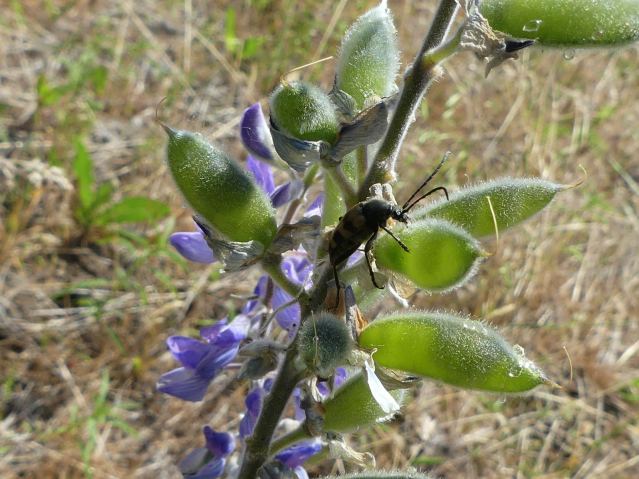 From any angle, a fine place to clamber around.

But as the season ripens and the drought comes on, when the land is given over to the grasses and their long conversations with the wind, the first beetles and the last balsams meet, when the spiders have moved on and the bees are in the wild roses, all knitting the seasons together.

In this way, not a drop of nectar is wasted. Head first is the only way. 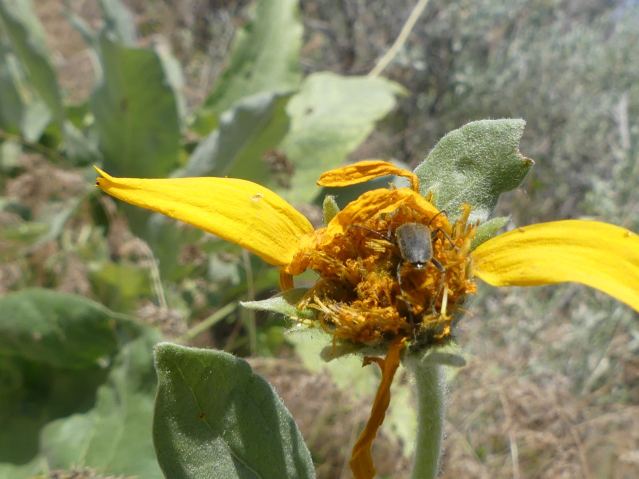 Edges are not only in space but also in time. Not only do the balsam roots and the beetles meet on the hill, but entire worlds do as well, and in the same way that a  trickle of water squeezed out of the hills into the dry season is home to most species of the grasslands and the place from which they forage and return for shelter (without this shelter, there would be no fawns here)…

… so do the forays of beetles and flowers outside of their main seasons ensure the prosperity of both. 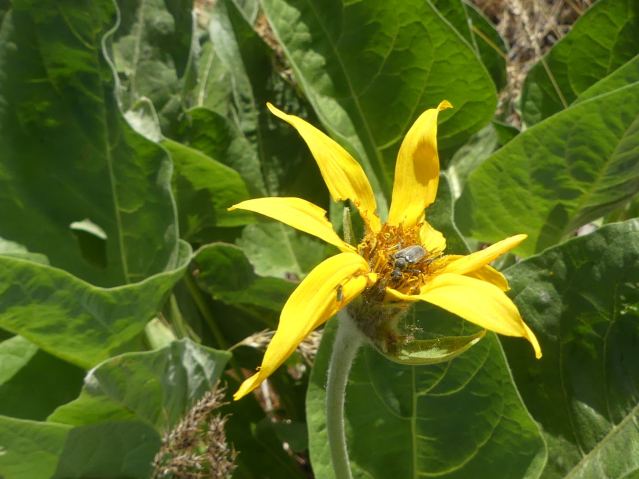 Which is a reason why a science based on statistical averages and probabilities, however popular and however powerful, needs to be continually challenged, and why decision by popular vote can be a death sentence. On the other hand, the siya? that a bird plants on an unlikely cliff, provides seeds to the water below, which washes them into places where they can thrive in great numbers, where bears would never plant them.

Multiple strategies, that’s the thing. I dream of a science that studies the span of a species’ range in time and space as a map of its presence. It would, for one, be close enough to Indigenous knowledge to provide useful tools for changing social and political cultures.