Who Will Decide Claims for This Land

White folks make land claims, too, even right next to the sacred hills of the Sinlahekin. 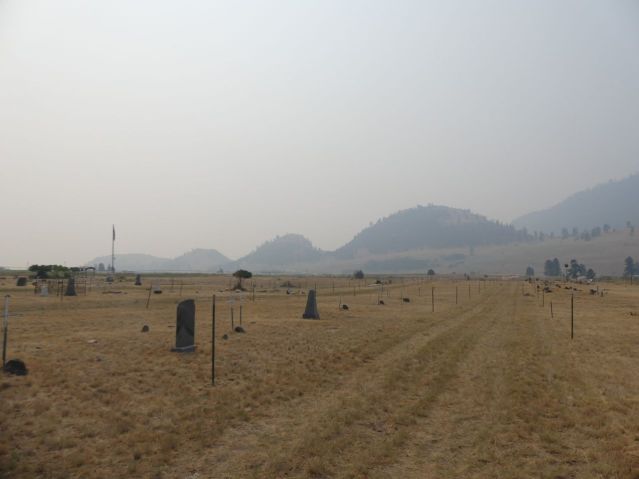 It’s not just for the Sinlahekin, or the Methow, over the hill in the distance.

If you plant your dead, even in front of the sacred beaver of the Salmon Creek Valley, you are claiming that land.

In a way, land claims get settled by the dead.

The word “totem,” as in “totem pole,” comes from that: ancestral poles, or poles of the dead. In the Sinlahekin, the indigenous practice of adorning graves with fetish objects has become White practice.

There is one difference: in White graveyards, the objects are for remembrance, or to keep memories alive. In indigenous graveyards, they are gifts for the living, who just happen to be dead. 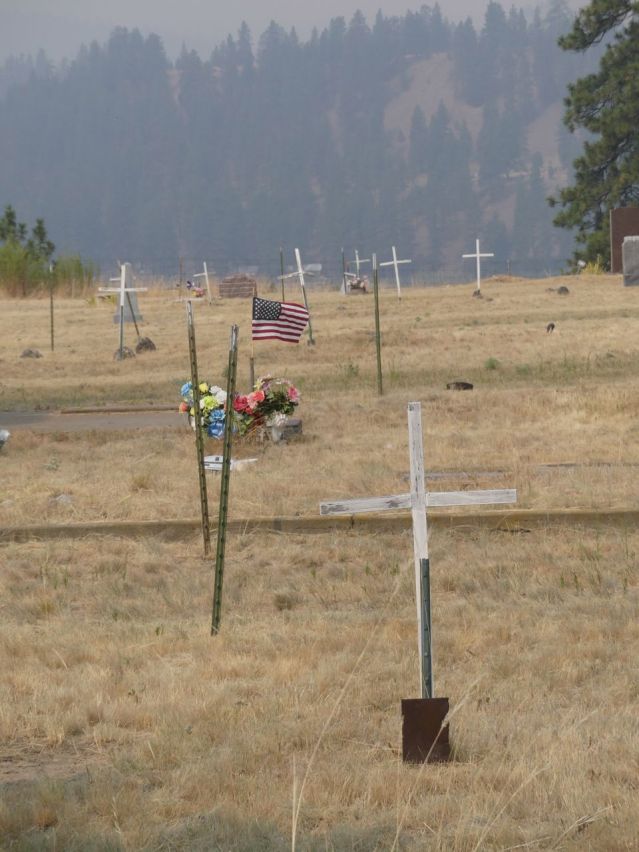 It’s the dead who claim a land, not the living.

And we, the living, are chattering on about “cultural appropriation.” The dead will decide. We won’t.