Walking in the Snow

When the fog and the frost roll in and the snow crunches underfoot and the air nips at the fingers and the toes freeze in the boots, it’s time to go pruning fruit trees. In some cultures, it’s the symphony season. In others, it’s the season for trips to Mexico, to lie on the beach and turn brown (or red) in the sun. In my culture, which, unfortunately, as died out, it’s time to go out and prune fruit trees. My nectarine tree and all my memories are calling.

My apricot tree and the starlight I learned to prune trees by is calling.

My Fintry apple tree is standing in the open sky, rising out of the snow, with all my hopes for her as a native apple pie apple for this corner of the earth. 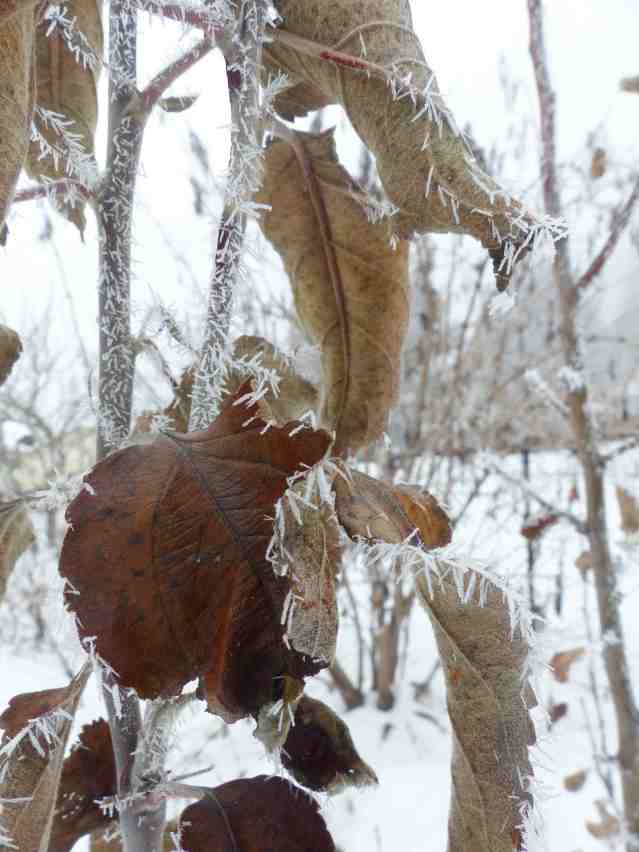 I know little about the seasons of Facebook or the intricacies of the poetry circuit in slam festivals in global cities, in which the young put their bodies on display, in electrified dances with their beautiful bodies, because I learned to dance with peach trees, and know them as my people. I learned to climb to the sky on a peach tree. I learned how to come back down to the earth: strange knowledge in the Anthropocene Age and the Age of Cities and Performance Art:

Nature is a creation of the Romantic Age. With the old, earth-based and community-based, consciousness set aside for revolutionary individualism, the place for the precise knowledge of how to move through and sculpt bodies in time, in concert with the earth and fruitfulness, has become an emotional reaction. That is such a profound romantic way of being in the world, that it is scarcely noticeable, yet it is what it is. The photographs that punctuate this note, with their emphasis on bodily perception and spiritual sublimation in perception, are a technology of that age, but I know an older technology. Its images are made in life, and in the channels of life. 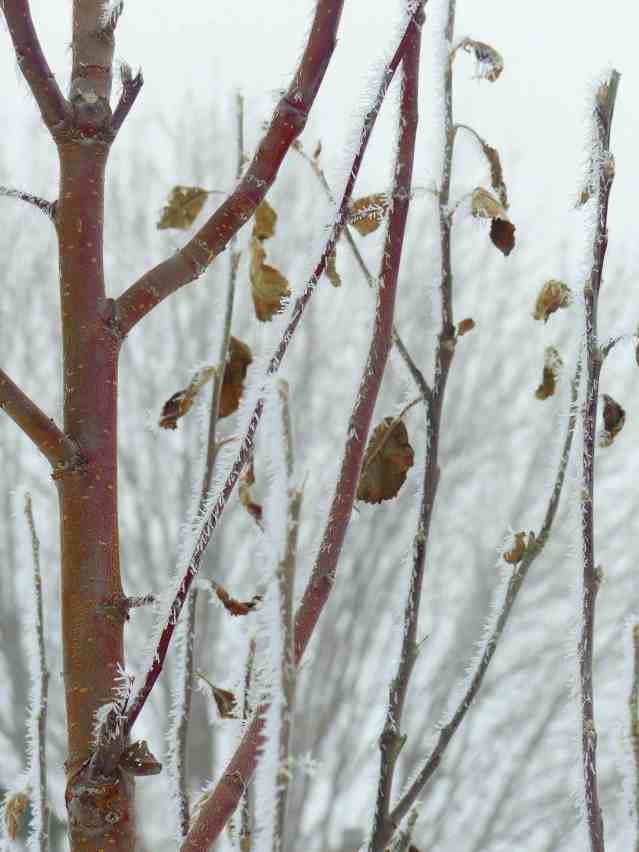 Ah, Fintry, There You Are Again

There is knowledge in the romantic approach, and other knowledge in living inside the world it transformed. In my country, Canada, sadly enough, the pruning of trees is done just before harvest now, not as an art but as a technological intervention, to remove branches and to colour the fruit by exposing it suddenly to the fall sun. The fruit gains colour but no flavour, and the men who do this work (for it is men who do this work, men from the Caribbean) need no training and do not follow their trees through the years. There is no history in this. The result looks like this:

This is not pruning. It’s hacking, and the apples taste of it. In the country in which I live, an ancient art of gaining sustenance from the land, in which winter is a time of the greatest joy and creation, has become an unskilled industrial task dependent upon the technological insertion of chemical fertilizers to replace human skill, and, I’d just like it to be on record, of joy. Here are the pink blossoms of spring and the peaches of next summer. I have been caring for this tree for four years. This twig is an extension of myself. I am these peaches. 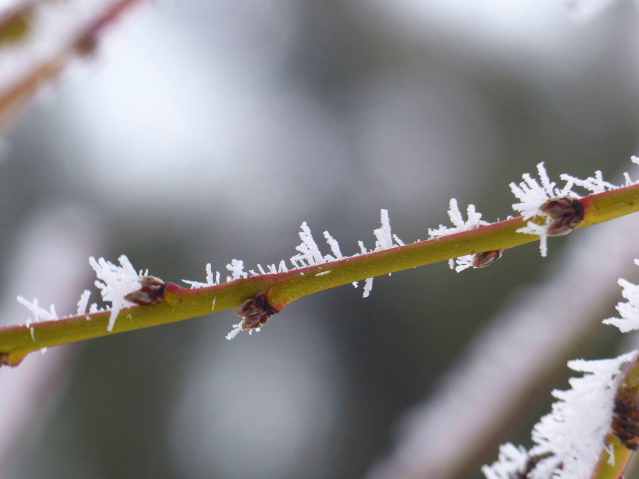 I don’t ask, or expect, you to understand. It’s an uncommon idea. Still, with that important social task, once shared by thousands, now being an almost private ritual of memory, I am left with memory and nature, not as loss, in the romantic sense, but as replacements for an entire language and wisdom tradition that was once known as art, and once in awhile a vineyard in the fog, planted much like a photograph.

It is for this reason that I have been wandering away from the orchards (and vineyards) in this blog, as much as they tug at my heart, and deep into the land that was here before they came. 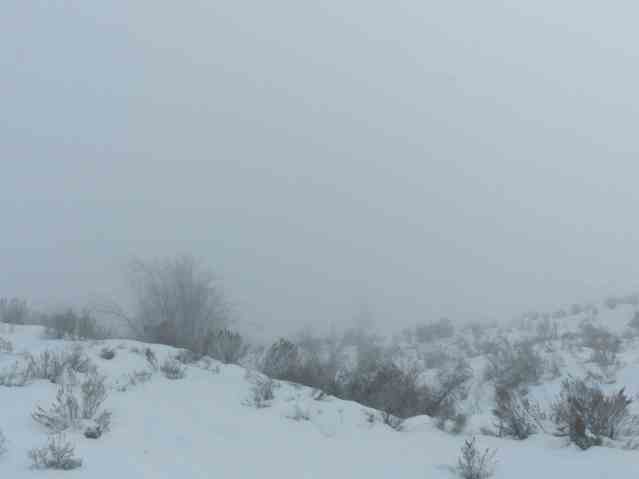 My country was never about romantic images of the past. It was about definite knowledge and personal work on and with the land to create material of social use, with deep roots in the past and deep fruitfulness in the future. As a pruner, my job has always been to pay very close attention to growth, and to sculpt time. With the orchards now turned into industrial plantations, it is in old Indigenous land that I find a remnant of my culture. Yes, people in the romantic tradition of radical selfhood will call the image of a combined porcupine, mule deer and coyote footprint on a well used trail below a picture of nature … 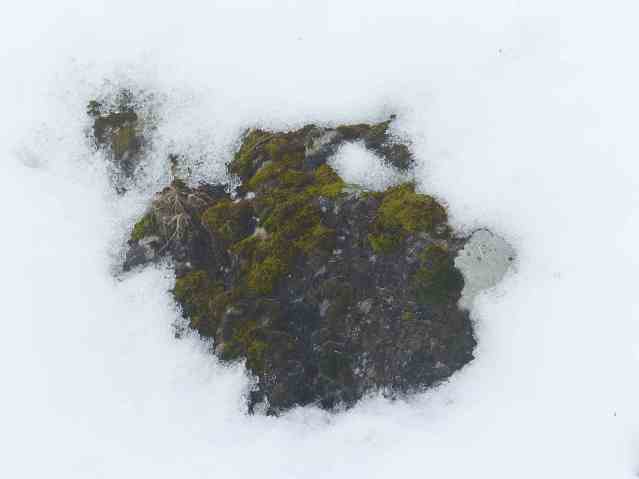 … but to me it is joy. This is how life is spread across the land. This is how the sun is captured and winter is extinguished. You can’t get that by flying to Mexico. This is what the future looks like, rooted in the past. This is what I know when I’m pruning fruit trees: potentiality, which can be developed into new technologies for the earth. Strange, I know, but I want this knowledge to go on record, in a country which has, for the most part, walked away from it, while still claiming ownership of the land under the concept of nature. Don’t get me wrong. Nature is beautiful. It’s just that the sagebrush twig melting its way out of the snow in the image below is not nature. The image is.

This is a concept so foreign, I expect, to people in my country, that I can do little except leave it here as a record that in 2015, one man had a kind of knowledge that came down from 20,000 years of human care (and likely more), and would like to pass both it and the earth down to others who followed, before they both are lost. I used to think that I could pass on this knowledge through poetry, which I learned from pruning peach trees, but poetry has become an industrial art, embedded in book culture and a complex culture of courtly social clues, not in the culture of the earth. Perhaps, though, I can show you a few footsteps I have taken through my days. Perhaps you will share them and pass them on, like these crabapples, that the waxwings will come to in a few weeks as they pass north …

… or these filberts, for whom there is no winter, only spring and summer. 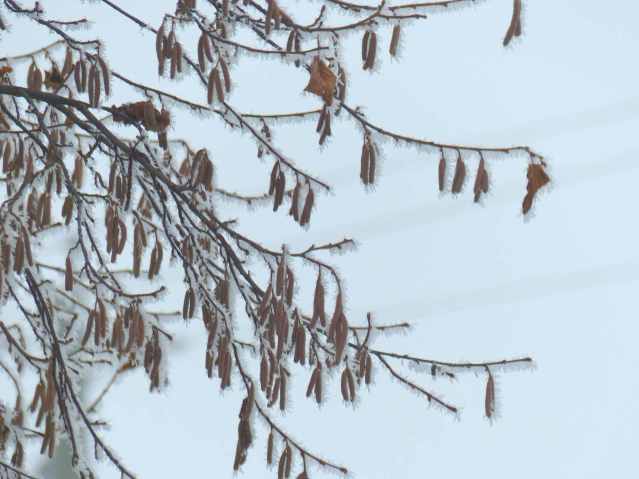 Perhaps you will come and walk with me for awhile in the snow.