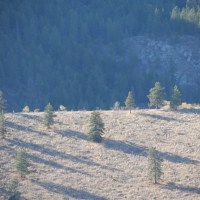 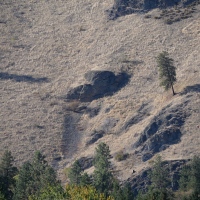 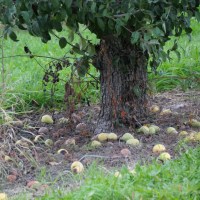 Why Did the Snake Cross the Road?

Answer: to get cool in the remains of yesterday’s rain! 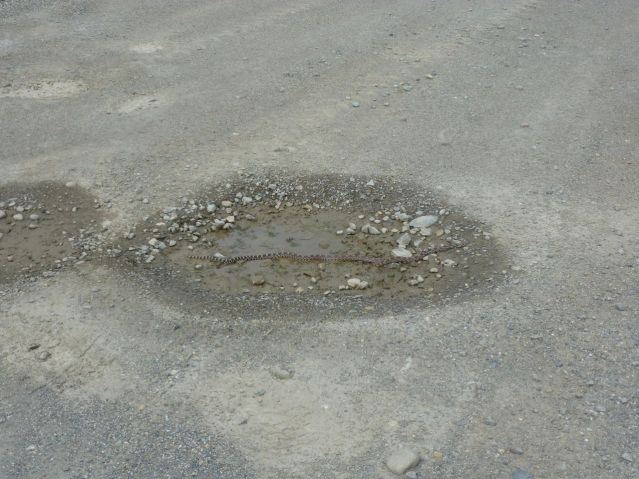 Yeah, but this is a tractor road linking two sections of a vineyard, and tractors, um, well, look…

… or munching dirt. Hard to decide which. This tractor is 15 minutes away from coming back down the road with the snake.

Last year, I found a bull snake schmucked right here, with pieces of its intestines sticking out where they should not have been, and tractor tracks all over it. This snake, though, knew nothing about that. I looked it in the eye … 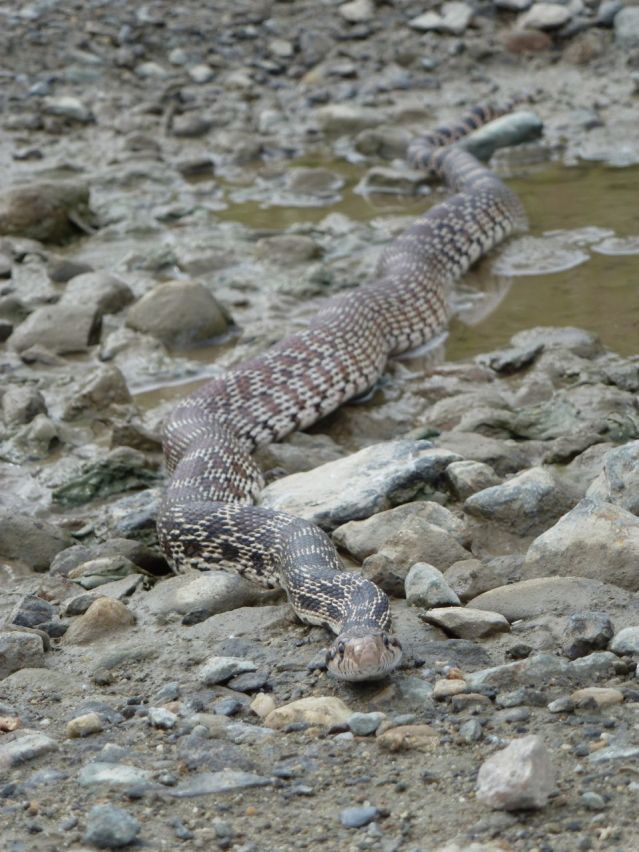 Bull Snake Waiting for Me to Go Away

(And doing its very best rattlesnake imitation, too.)

… and it looked back. I blinked first. Unfortunately, rattlesnake imitations do nothing to stop tractors in their tracks. So, just like with the turtle a few days ago, I encouraged it to move on. It did, doing a little “I’m a rattlesnake!” dance along the way, just so I’d keep my distance. I respected that. 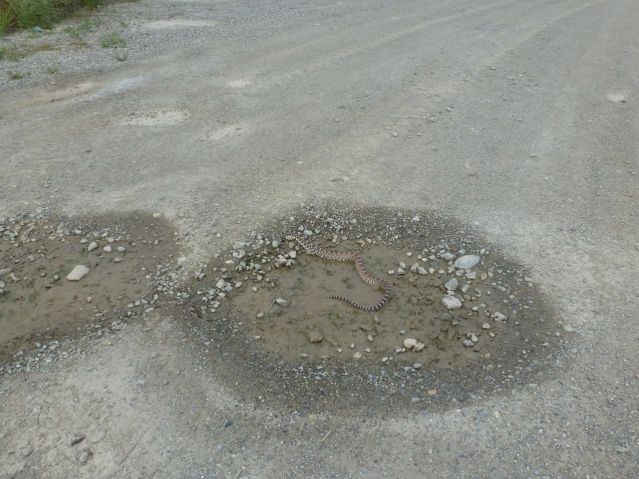 Bull Snake on the Run

45 seconds later it was in the grass, lifted up six inches off the ground, braced itself against the grass stalks, hissed in a really rather lame rattlesnake imitation, and, freed of the ground, sped off at speed.

I think it’s ridiculous that our brothers and sisters are in peril because we build roads in stupid places. I mean, come on. How hard is it to share a planet, anyway?

And look who I saw on the way home. 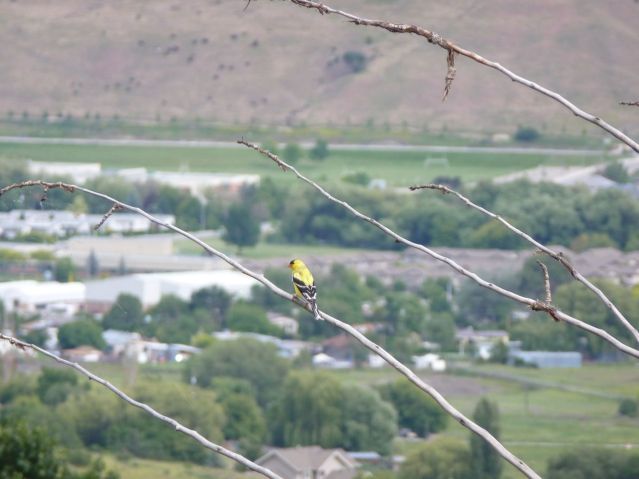 What a Great Day Not to Be Alone

This male American Goldfinch, his mate, and their single (male) hatchling spent the afternoon feasting on weed seeds. Most of the time, however, the male kept watch … just like this.

Here’s a different snake image — this one from a vineyard above Lake Geneva, in southwestern Switzerland. This vineyard is not occupied by tractors. Work is done by hand here: 1200 hours per hectare per year. Access is by rusted iron gate. 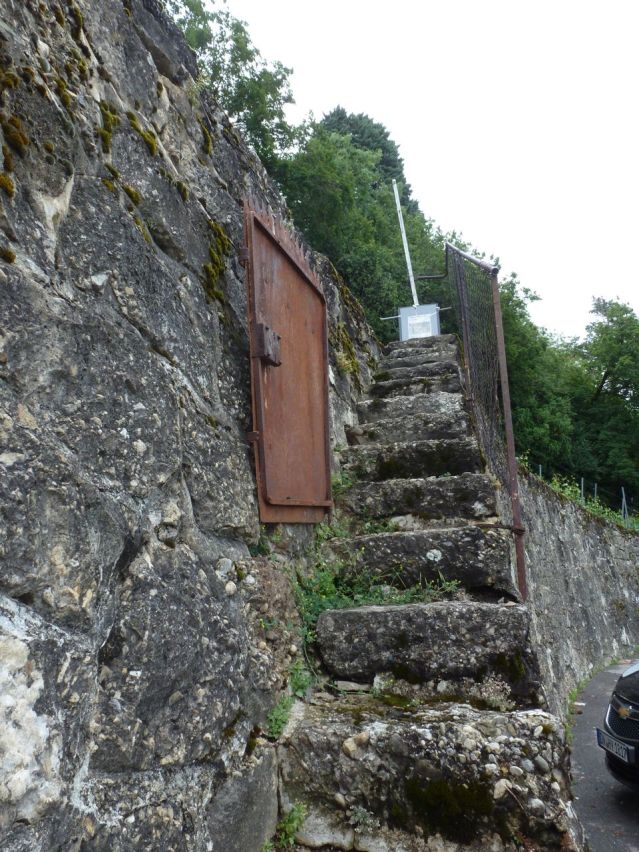 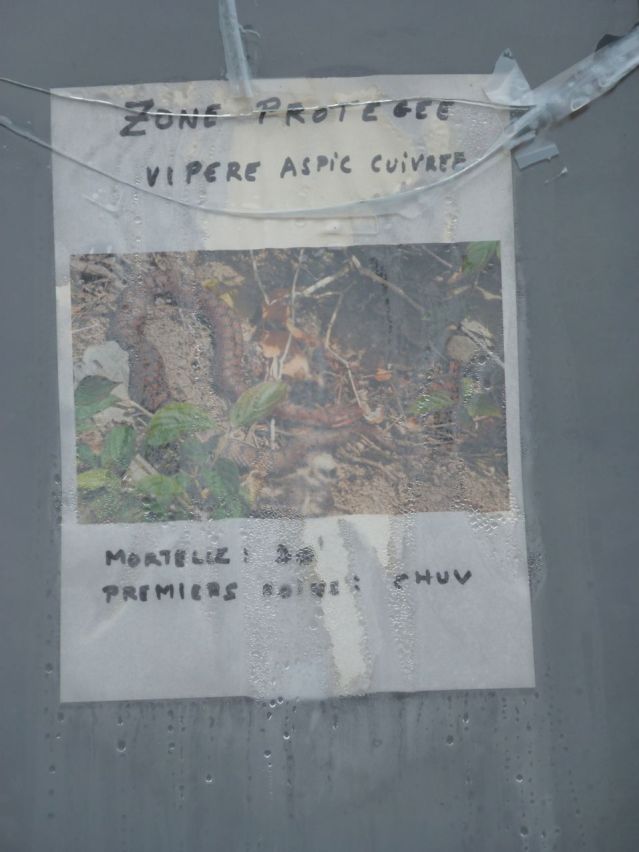 Who Needs a Guard Dog…

…when you have protected asps? Heck, who needs a fence. Can the romanian farm workers read this? Is it for them? I dunno.

Here are the vines, protected by those snakes… 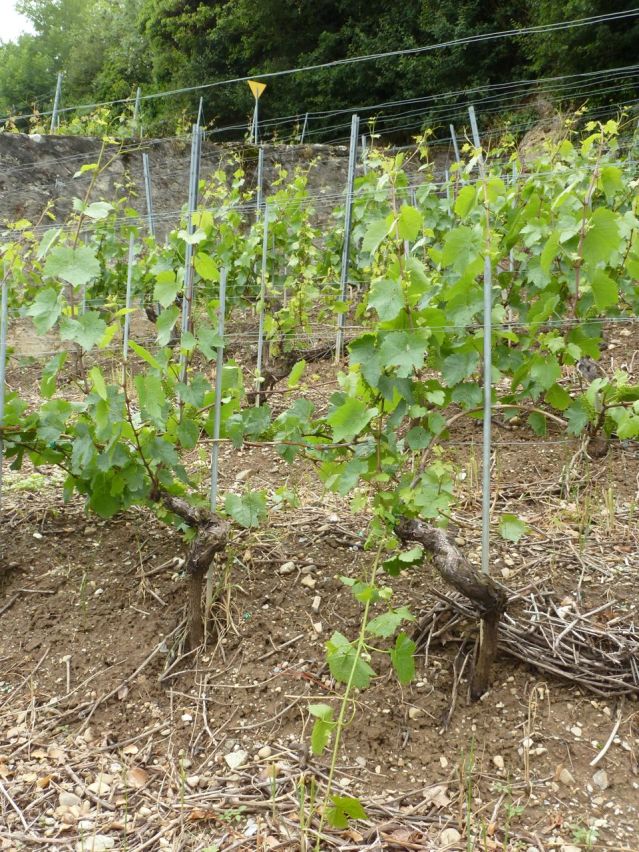 One thing about not having tractors is that the soil is not compacted, at all. Note as well how closely the vines are spaced. As a consequence, each vine can be reduced to only a couple clusters of grapes, without destroying yield. Good for asps, too, I suspect. 4% of bites are fatal. 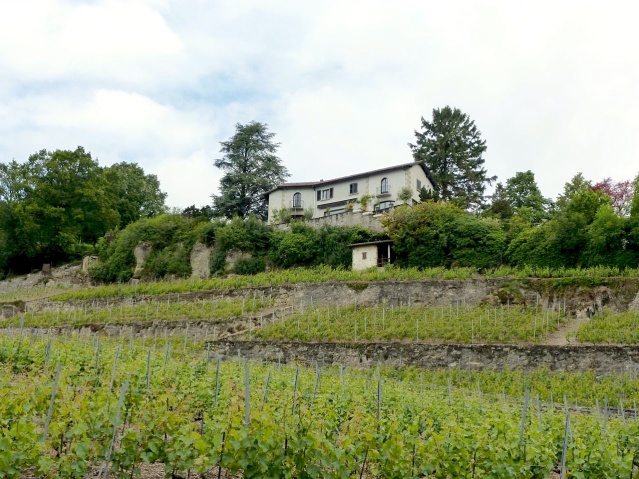 I bet my bull snake would like it here.

Couldn’t we just drive  our tractors at a   s   l   o   w   e   r   speed while we converted our vineyards to snake habitat? You know those little symbols that show up on tuna tins, to say no dolphins were harmed in the hunt for these magnificent fish (or something like that)?

We could earn the right to slap Bull Snake Safe labels on our wine bottles, just like that. After all, a little dip in the pool shouldn’t be a death sentence. 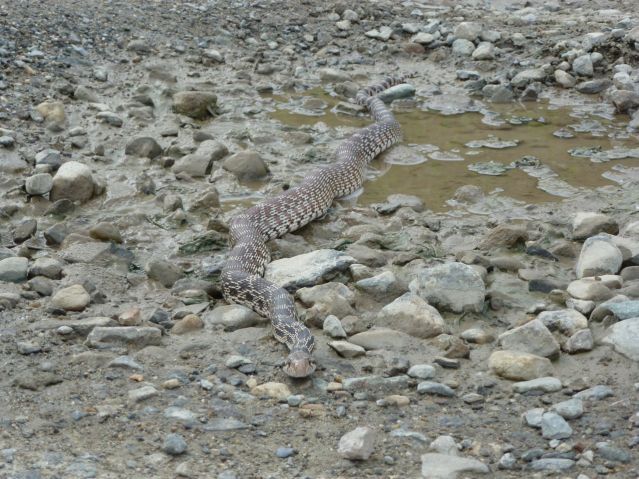