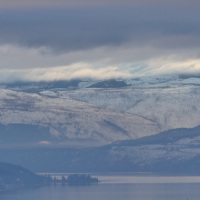 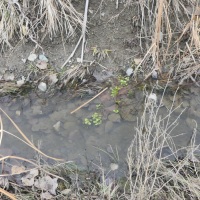 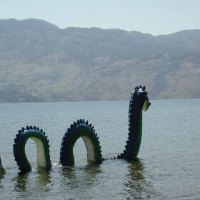 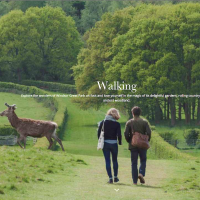 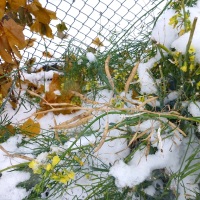 The Price for Speaking of the Land in English

Lines, flows, and waves crossing points of measurement or data are primary in contemporary understandings of language. The thought that goes from one point to another and makes a point, even wave points and points of interference and modulation. 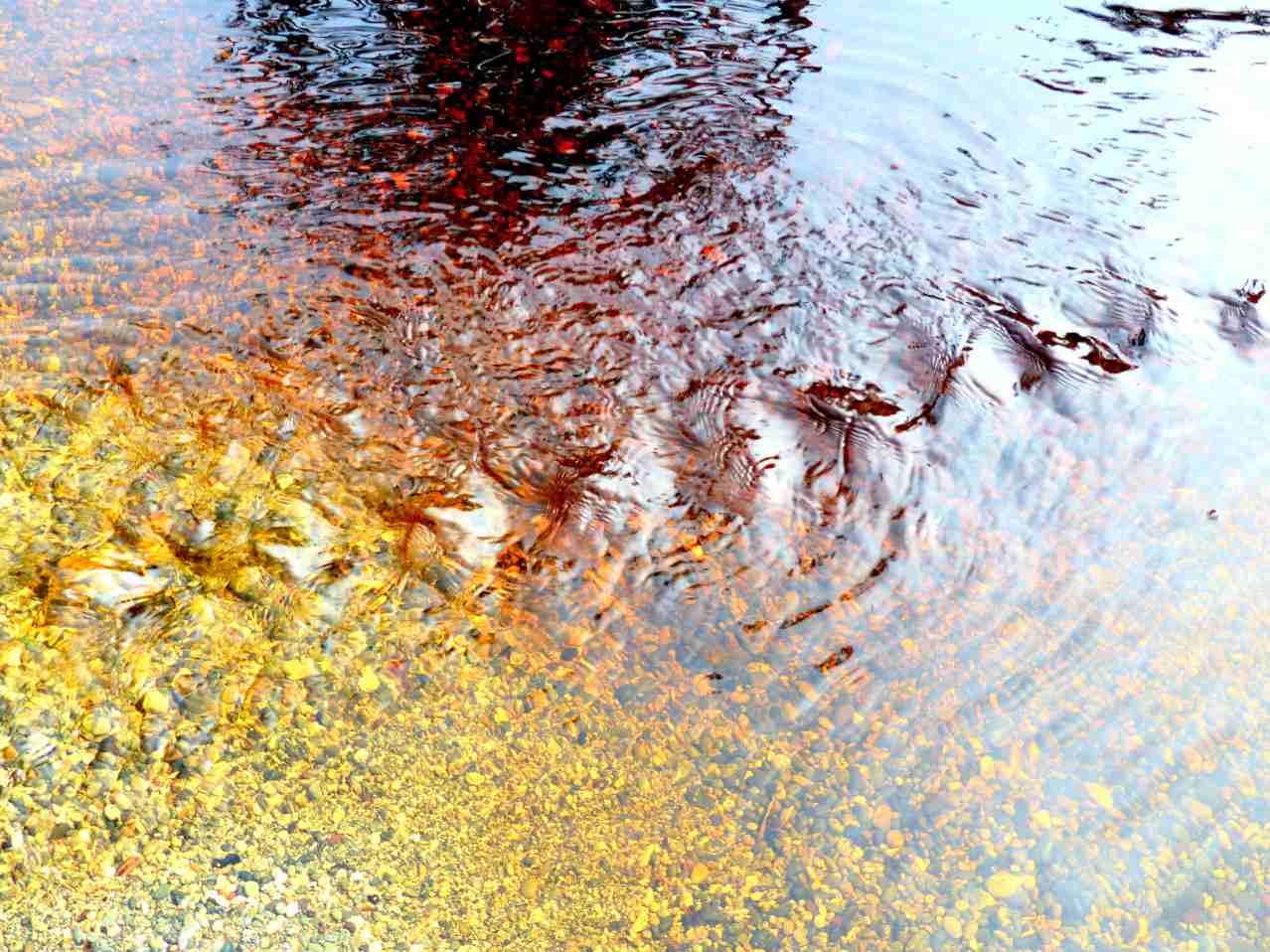 This is a function of the dominance of the simplified English spoken worldwide today. It’s all noun acting on a noun through a verb, modified by adjectives and adverbs and diving space relationally to the nouns, through the use of prepositions. BX Creek below forms a sandbar where its current is slowed by the deeper water of Okanagan Lake. That kind of thing. 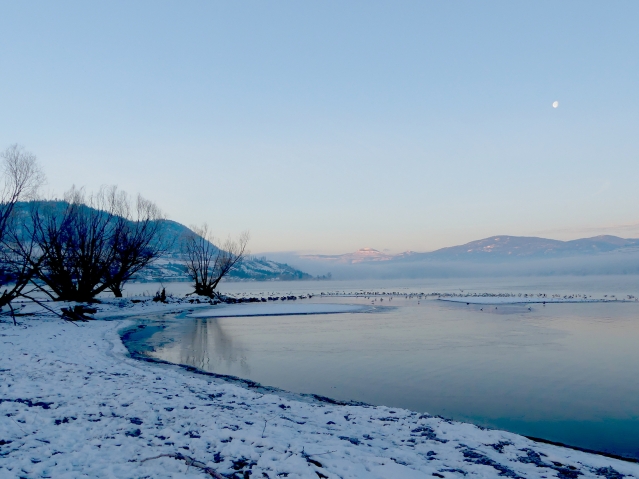 Cells are not in fashion. Seemingly, contemporary English, a language nearly devoid of the depth the language had when it was a poetic language, can’t get there. As an example of cell structure, here’s some water running over gravel in a ditch a couple hundred metres up the hill to the right. 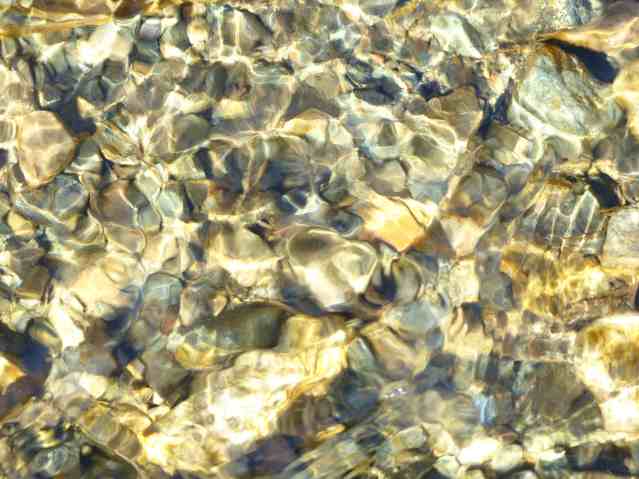 It’s not that the lines, flows, waves and interference patterns are not present. It’s just that they have a different relationship to any narrative that could come out of examining this image. Similarly, the watercress in the image below (growing in a road culvert a kilometre to the left of the lake image above), makes more sense in a language of cells than it does in contemporary English, which has to explain a pattern of stalks, mathematical placement of leaves, shade, and so on, all in relation to distinct individuals. 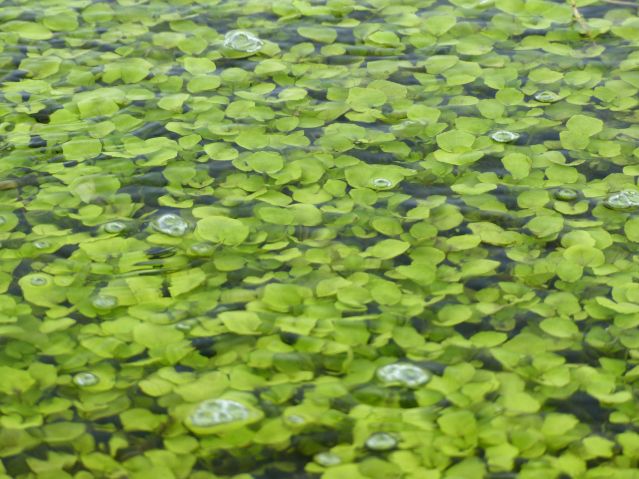 There are strong mathematics that describe these patterns. The fractal math that powers the software in my camera, for instance, contributes to no small degree to the cell structures at the intersection of water flow and reflected light off submerged gravel in the image below. 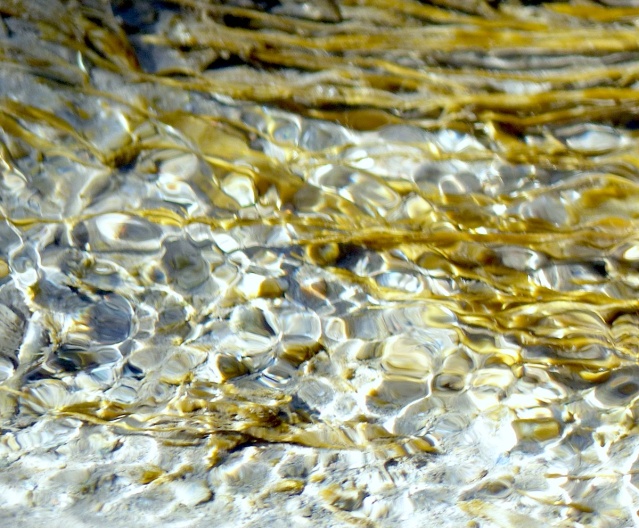 And although simple concepts of water pressure and engineering, precisely calculated using proven mathematical models, can explain the cellular pattern of stones in the bed of Dry Falls below …

… and the mathematics of chaos theory can explain and even predict the pattern of ponderosa pine cones along Kalamalka Lake (since cleared away to, strangely enough, make the path safe for humans) … 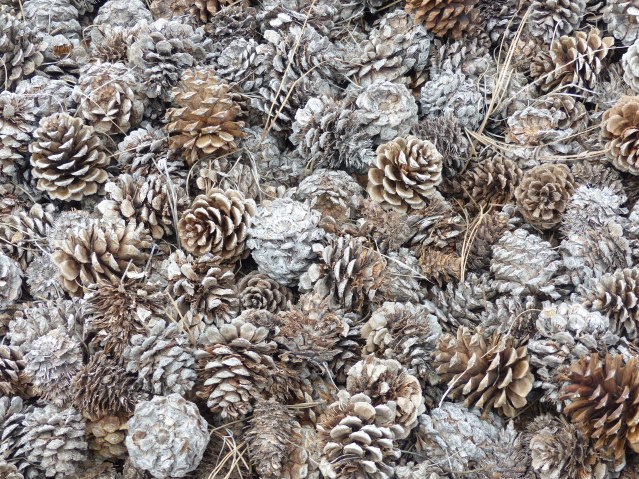 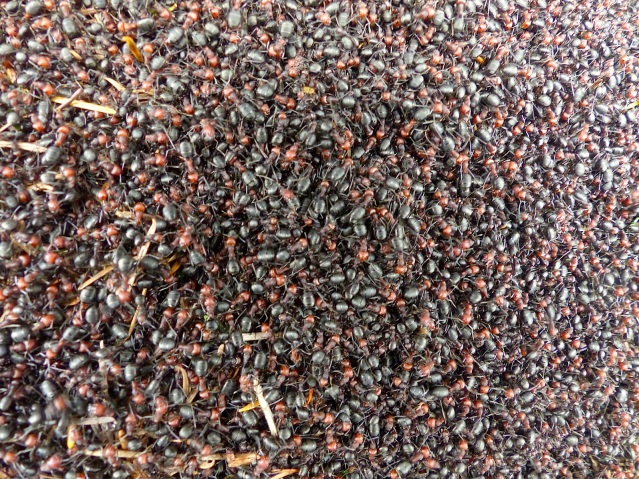 … all of that misses the fact that these are communities. Even when a line of subsoil stems is obvious, as in the sagebrush buttercup below, or even when the lines of the blue bunch wheatgrass dominate the cellular nature of the buttercups, and even when the twin stalks of mariposa lilies thrust up in the upper right , these are as much cellular structures, relational to each other not through verbs but through presence. There is community here. 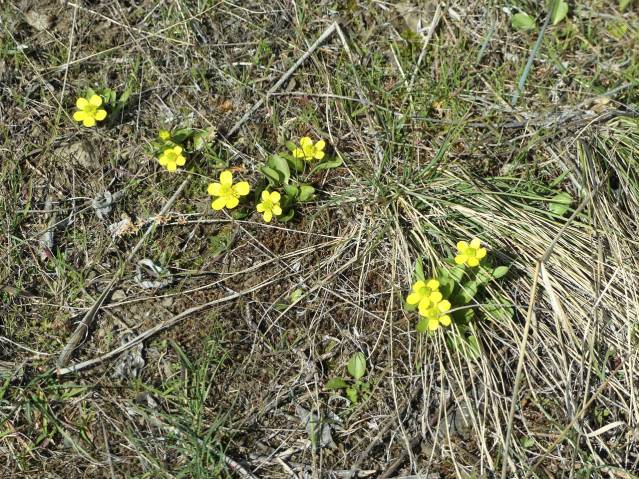 Yes, there is narrative in the desert parsley below, and we can use the understandings of linearly-oriented English to explain how the visiting wasp is interacting with this flower, but for all of that smartness and power, the real point is lost. 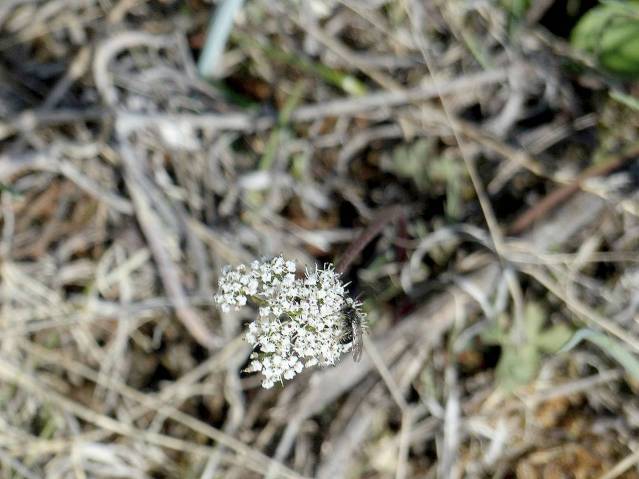 The wasp and the parsley are one thing. They are less individuals than cells in Being. (And, yes, other languages do a better job of this.)