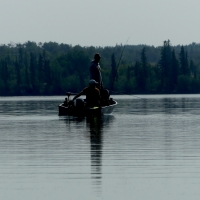 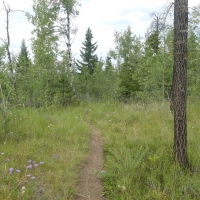 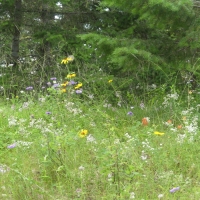 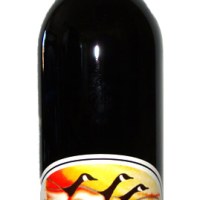 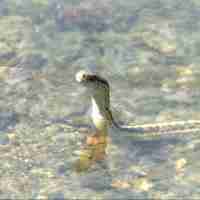 Transportation: It’s What We Do

The East Kelowna cherry farmer Hugh Dendy, whose family has been farming East Kelowna since farming in East Kelowna began, told me once that Kelowna’s decline into a strip mall paradise began when the ferry across the lake was shut down and replaced by a bridge in 1958. Hugh’s longing to live in an agricultural city eventually drove him to plant a cherry orchard on an old military airstrip in New Zealand.

The end of the Okanagan? Or its rebirth? Source.

Kelowna now has become so synonymous with traffic, that cities like Penticton have put up signs on the northern and southern approaches to their city, stating: “Welcome to Penticton: We’re Not Kelowna And We Like it That Way!” And, really, if you’ve ever been stuck in traffic in Kelowna’s 20 kilometres of Strip Malls, you’ll no doubt agree. But maybe we’re looking at it wrongly.

In Oroville, just over the line in Washington, things look different. A new plant to process canola seed delivered from the Canadian prairies through the Okanagan into industrial oil opened in an abandoned fruit packing plant on December 8th in Oroville. They hope to take two trucks a day and employ twelve people. And let’s not forget this plant to process Canadian timber into U.S. boards: 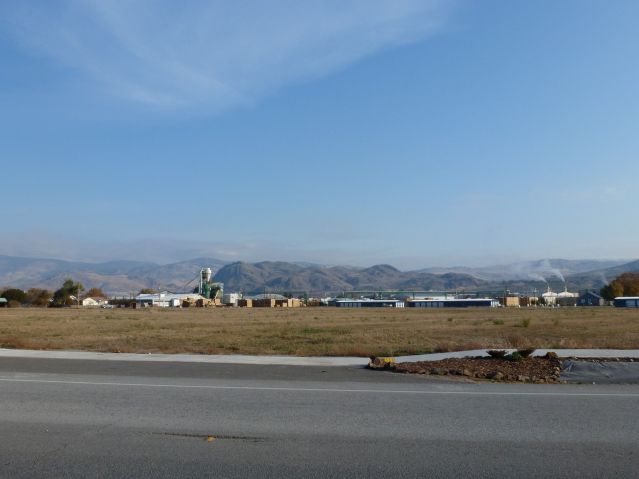 Canada in the distance. Okanagan jobs are as dependent on this plant as are American ones. Just fewer.

Even the Sylix people, the original inhabitants of this land, defined the valley as a transportation corridor. And, truthfully, the wine industry remains dependent upon weekend traffic on the Coquihalla Highway from Vancouver, the real estate industry remains dependent upon traffic from Calgary spilling down from the Trans Canada Highway crossing the Rocky Mountains through the Rogers Pass, and our highway, Highway 97, is one of the archetypal US highways, stretching from Alaska to Peru. Many USAmericans are surprised to hear that it continues into Canada.

It is a source of wealth and opportunity. They get this in Oroville. What do Okanagan Canadians get? This: 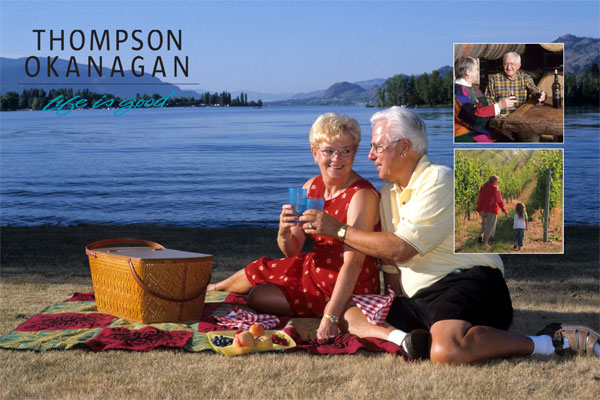 Tourism Industry Photo: The End of the Road

The photo of the sawmill and the photo of Canada’s California above are both industry photos, are both dependent upon transportation, are both dependent upon the majority conservative political views of the valley on both sides of the border, and are both essential to the valley’s current economies. The only difference is that for the sawmill industry, the border isn’t the end of the road. It’s the beginning.
Maybe the land is trying to tell us something.