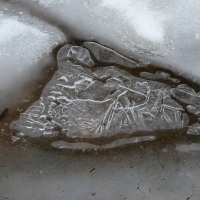 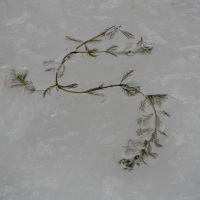 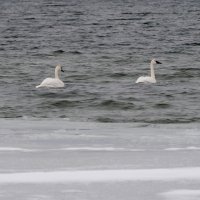 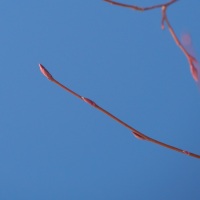 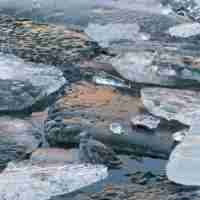 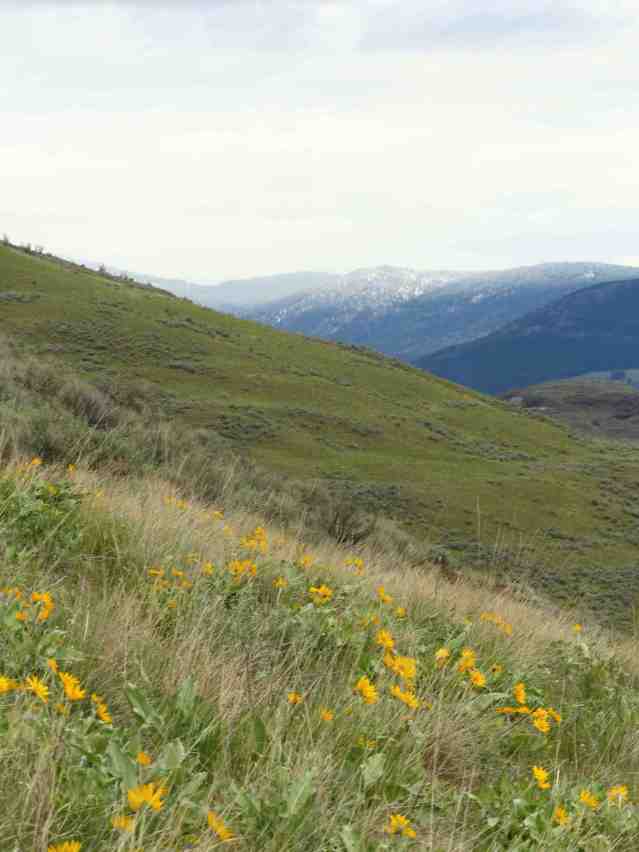 Do you see that? Yeah, no people. Canada is an urban country. It views its land as a resource, to be used to create more urban space. It doesn’t live in it. It remakes it. Then it’s Canada. 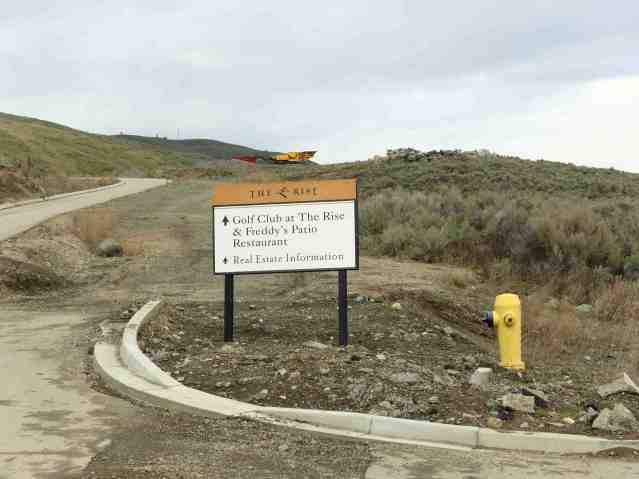 Earth Crushing Machinery on the Horizon, The Rise

Canada is a construction project. People live in it. Here’s one way it’s done: 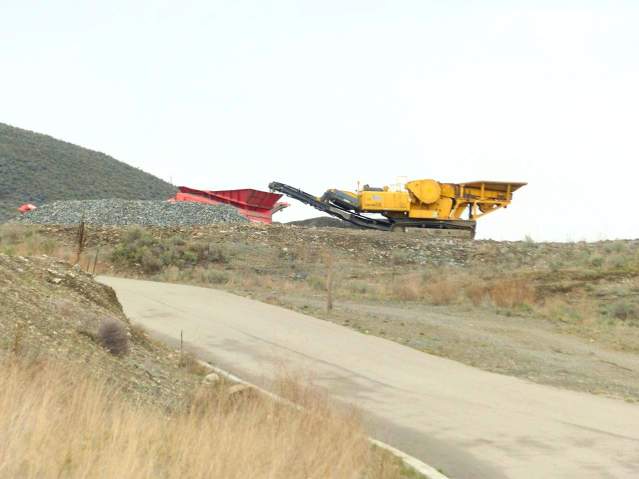 The author Margaret Atwood once described this as a kind of fortress syndrome: early “settlers” lived inside a palisade, surrounded by hostile territory. The palisades still exist, and are the chain of a dozen large and medium-sized cities (and a few dozen smaller ones, plus a host of small towns, all of which could fit inside suburban Toronto) which are Canada. Around them are places where no one lives, like here …

It is to be looked at. One building lot, set to appreciate the view above, on the hill above my house, is currently priced at $750,000, and rated for a house of no more than 7000 square feet. That’s a village in most parts of the world, but for Canadians the appreciation of a view of this nature requires space and silence and a sense of exclusivity. It must be private, and must contain, within that private space, all the amenities of urban space. Each house is a fortress. The people live privately, in rows of fortresses within housing areas called “subdivisions”. Here is the approach to Canada in these parts …

It’s the West, though. Tumbleweeds still blow. Here’s a modern cowboy, out riding his steed in the orchard just below, between Good Friday and the Resurrection…

The operator wears a moon suit. The wild bees, that he will soon need for pollinating his trees, not so much.

Do you see how that works? Everything is inside of boundaries. If things cross boundaries (bugs, for instance), they are “wild” and need to be organized. Well, people are like that. There’s no using fighting it. Here is some prime human habitat in the nearby urban centre. You can see that it is highly organized.

Note the incursions of the “wild” earth. They are called “weeds”. Occasionally they are beaten back with applications of poisons, called “herbicides”. The application of them is called “improving property values” and “urban beautification”.

Here is the human habitat it replaced:

Somebody messed up. There are understandable reasons. Humans are like that, for one. Christ was crucified, after all, and that was a nasty business, too. But he rose from the dead.

Shooting Stars, at the Rise

Have you ever spent Easter in Germany? They eat white asparagus to celebrate Christ’s ascension, with cured ham, yellow potatoes, and hollandaise sauce, or with morels, or venison, or, well, pretty well anything, really, and it goes on for months, in every pub, restaurant and café. It’s an ancient tradition that goes back to the myths of death and renewal in ancient Greece. The ancient traditions here in the Okanagan are older. And newer. They’re not ancient, you see.

They just don’t contain a concept of “inside” — or one of “outside,” for that matter. And that applies not only to space but to mind. This, for example, is mind: 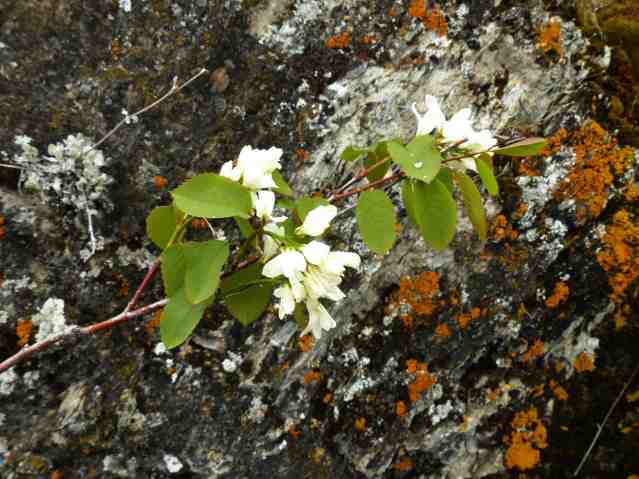 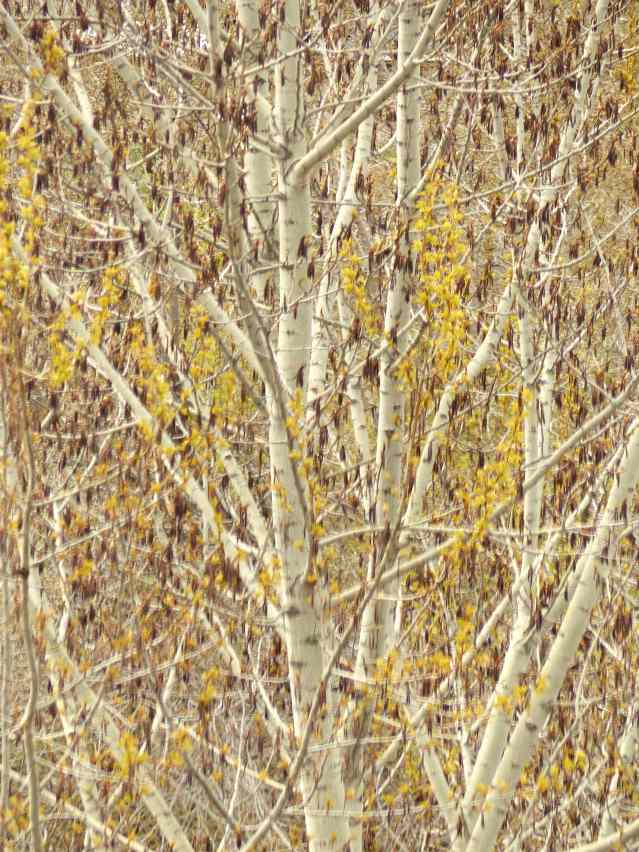 Cottonwoods Blooming and Sprouting at the Same Time

Mind. Not something observed from social space, or from a view window, and not “art” but mind’s location. In the body. In the world. Beats me how that is different than Christ’s message, or why the settlers and developers of the notion of Canada in this place felt it needed to be replaced, except, perhaps, this one thing:

They don’t live here. If they did, they’d thin out this ingrown sagebrush with fire, rather than calling it a natural process of succession, and preserving that to preserve its “wild” qualities. There is no wild in the Syilx world, and we’re not talking about something that happened in ancient Athens or pre-Alexandrian Aramia, but something that’s still present. In a region in which the landscape has been humanly altered to allow for the greatest possible diversity almost since it was washed clear of the glaciers after the last ice age, there is no so-called ‘natural process of succession,’ except a succession of urbanization over a culture of human devotion. As soon as the Syilx culture of being present in landscape is discredited, the use of such terms as “natural succession” is much the same as saying that the replacement of the Syilx people by Europeans was a natural process of succession. No. What it was a lot clearer than that. It was theft. And racism. You can even easily tell where the theft took place, because anywhere there’s anything that is called wild, like this… 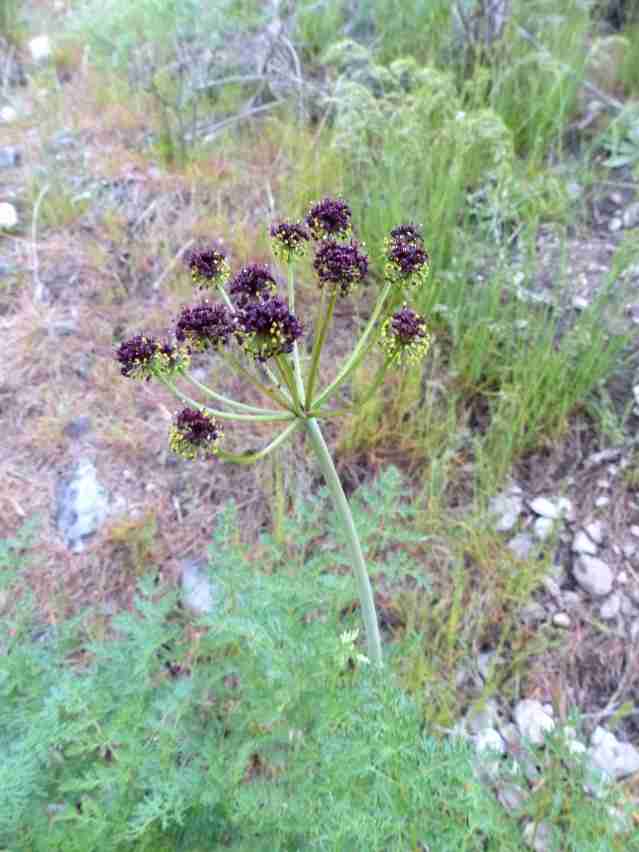 … you know there’s theft, because before words got thrown around here like buckshot, words like “wild” and “wilderness” and even “land” as things separate from people and consciousness and story, there was nothing wild, because there was no inside or outside, and all people were the people, including this fellow:

Making a living between worlds.

Wasn’t that Christ’s message, too? To be manifest in the world? Well, you’d think so, wouldn’t you. In 2008, I walked out of the museum of Orthodox icons in Recklinghausen, Germany one spring, and ever since everything on earth has been springing forth, out of the soil, in a perennial energy of resurrection and birth that Christ tapped into and the ikons mediate. That’s not the Canadian way, though. In Canada, where the church is an urban space, resurrection and birth take place within the individual body, within a group of individual bodies, within a spiritual space they create within a building that symbolizes their faith: a church. Christ wasn’t a man for churches, though. He was in the world. To find him, look here:

Here’s the strangest thing: if one people doesn’t want the land I’ve shown you above for any other reason than the disrespectful one of grazing cattle on it, which pretty soon leads to sagebrush ingrowth and the deterioration of pretty well any usable grazing capacity, why is the only form of resurrection of its capacity to give and affirm life that of replacing it with urban structures? There are thousands of other possibilities. Why don’t people just start raising Syilx crops on it instead? Or, heck, give it back to the Syilx, since they created it anyway? Does God have to be named to be God? 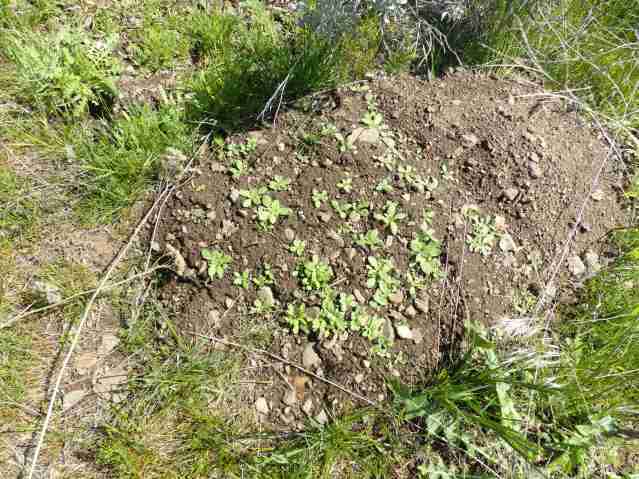 That’s how the grassland seeds itself: right where it is. No labour is required, just attention. It shouldn’t be wild lettuce, though. That’s a weed brought on by grazing.

Actually, if you name something as God, it’s most certainly not God. 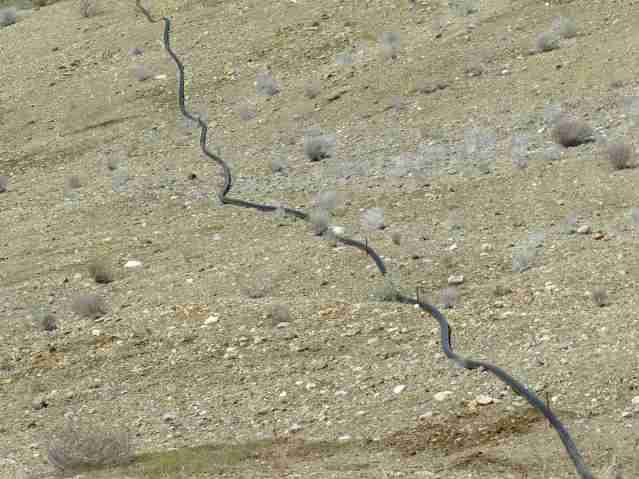 It is just as dangerous to live inside words. They were originally used for Christian and Hebraic texts in order to keep God unknowable and thus ever-present. Something went quite wrong with that over time. Now a huge amount of effort has to be spent to break the spell of words themselves and the wine made from this land, that used to be known as the blood of Christ, vital for ceremonies such as Easter, and which was grown in the vineyards of the Rhone a hundred and fifty years ago as the water of life itself that would see you through your day labouring on the slopes, is called today …

… “a patio sipper.” For those of you not from Canada, that means “a fruity white wine, light on the palette, that is perfect for drinking from acrylic glasses on your deck or patio while enjoying the sun and your view over the lake while chatting with friends.” Given that these grapes are grown on Syilx land, that’s disrespectful. That’s just not a good enough reason to suppress and disenfranchise a people and to convert 9,000 years of human environmental history into a collection of weeds. It’s also not a good enough reason to pick up a couple shovels and a garden rake and to go to the last remaining strip of native grassland growing between the weeds in a public park up above your house and dig it out to make a bicycle racing track for your own use.

But that’s how you make a Canada out of a wilderness of your own making. That is part of the grief of Christ’s death. Tough stuff. But, hey, this is no longer Good Friday we’re talking about, but Easter, and not only that but the day after. In a fortress culture, the image above is the resurrection, out of the stuff of the mind. I think Christ would have preferred food for the people, maybe like this: 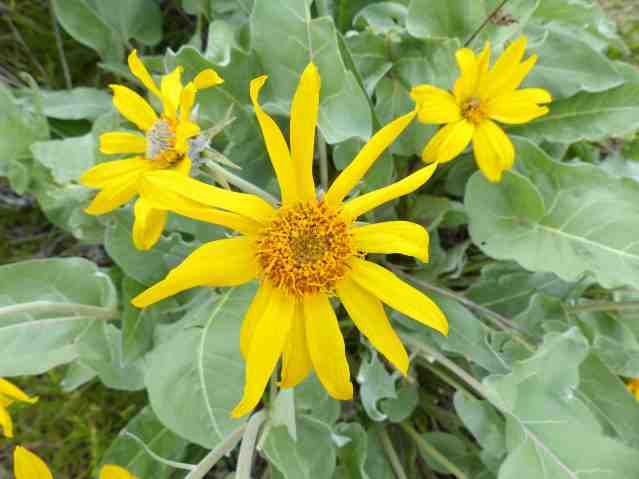 The capacity of the land to feed people doesn’t have to be owned. Change the terms just a little bit, to “spirit cannot be owned”, and you can see, perhaps, how Christ’s resurrection can still find fertile ground here. It’s happening all around us. Look!

Well, that’s the term for it. A better term is “naturalized”. Here’s another:

It is leading the way.